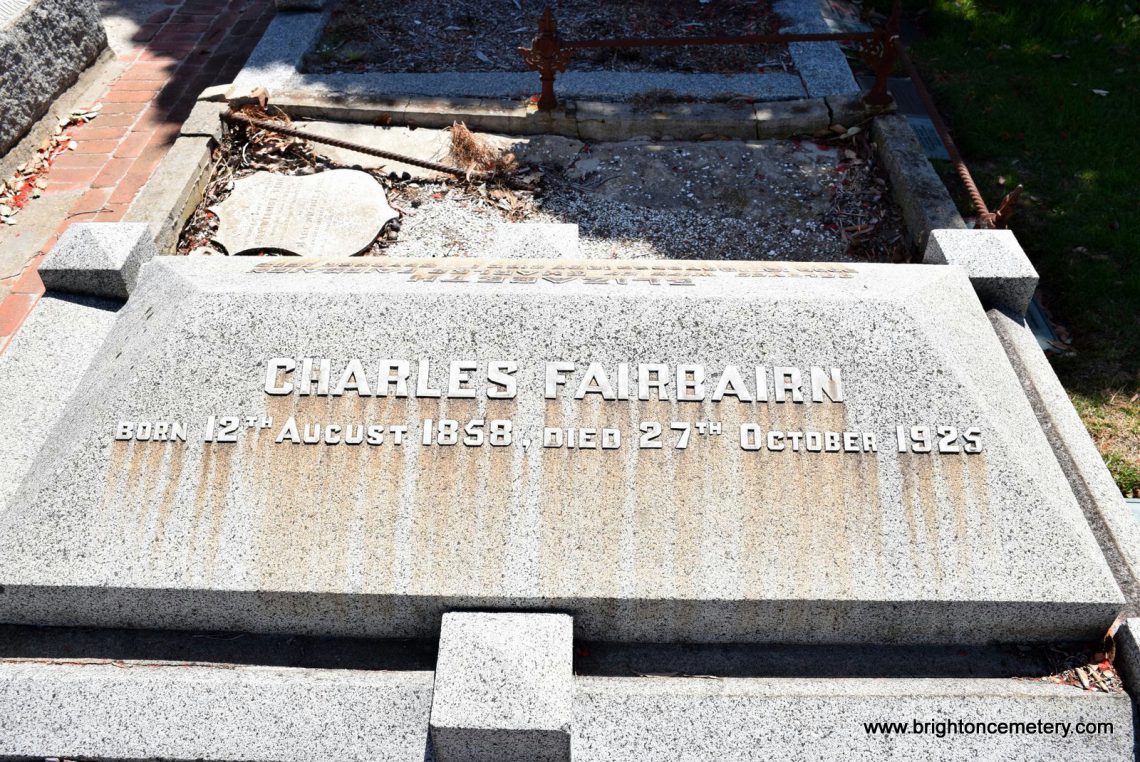 One of seven children to George Fairbairn (1816-95), a pioneer pastoralist and politician and his wife Virginia née Armytage, he was born on 12 August 1858 at Kelso, England and educated at Geelong Grammar School (1868-75) along with his brothers (Sir) George (1864-71), James (1868-73), Thomas (1874-78), Stephen (1874-80) and Frederick (1880-84) who were all distinguished students at the school; the Fairbairn brothers were “natural leaders, and legendary athletes, clannish yet individual, shrewd yet generous, spacious yet straightforward in their mode of living”.

A champion athlete as captain of the cricket and football teams as well as rower of merit who in 1874 was one of the first crew to compete in the Head of the River, in his final year Fairbairn had the distinction of being the first Senior Perfect; contemporaries described Charles as “a legendary schoolboy with a strong influence among his fellows”. After a brief period at Jesus College, Cambridge where he matriculated (1877), Charles returned and with George managed the Fairbairn pastoralist interests; in 1891 they were instrumental in breaking the Queensland shearers’ strike that crippled the industry. He later purchased Banongill near Skipton (1897) and Wooloomanata near Lara (1918) where he spent his final years. On 15 July 1891 he married Elizabeth (Bessie) née Osborne (d 1920) and they had five children; Esther (b 1892; married Leonard Wheatley), Charles (1893-1959; married Irene née Ridley), James (1897-1940; married Daisy née Forrester), Bettine (married Sir Ross Grey-Smith) and George (1908-35; married Mary née Murray).

Charles died on 27 October 1925 and was buried with his wife the following day. Their son James (Jim) Fairbairn went on to become a pastoralist, noted aviator and Federal politician in the Menzies government and died on 13 August 1940 in the same plane crash that killed Sir Cyril Brudenell White (1876-1940, Buangor Cemetery) and two other fellow cabinet ministers.