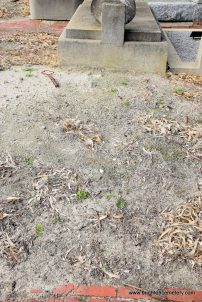 A member of the noted Bendigo family of theatrical managers, with brother James (Waverley Cemetery), MacMahon was a pioneer of the Australian film industry. Starting as a theatre manager and agent in central Victoria, the brothers formed a partnership as tour managers and hosted many well known stage actors of the day including George Darrell (Rookwood Cemetery) and Alfred Dampier (Waverley Cemetery). In the 1880s they expanded operations with the staging of a number of highly successful productions, including Marcus Clarke’s (Melbourne General Cemetery) “His Natural Life” (1886); Gilbert & Sullivan’s “The Mikado” (1887); John Sheridan’s “Fun on the Bristol” (1889) and the comic opera “Paul Jones” (1890) in what was described as “the finest cast ever collected for one piece in Australia” that included Nellie Stewart (Boroondara Cemetery). During the 1890s the brothers were at the forefront of applying new ‘novelties’ with the introduction of Edison’s phonography machine (1890) and later the kinetoscope (1895) at the Salon Cinématographe in Pitt Street, Sydney and are credited with “producing the first moving picture ever shown in Australia”.

In 1907, Charles wrote the screen play in the remake of Rolf Boldrewood’s (q.v.) classic “Robbery Under Arms”, a lavish production that ran over an hour and cost £1,000 to make; first screened at the Athenaeum Hall in Melbourne on 2 November 1907, in Sydney newspapers reported that “eager patrons stormed the ticket office”. The following year, in conjunction with Edward Carroll (Waverley Cemetery), MacMahon produced Clarke’s “For the term of his Natural Life”; some 2,000 feet in length and costing £7,000, it was appropriately filmed at Port Arthur, Tasmania and went on to achieve even greater success.

Residing at the Waverley Hotel in Exhibition Street, Melbourne, MacMahon died of pneumonia on 27 June 1917 aged 56.