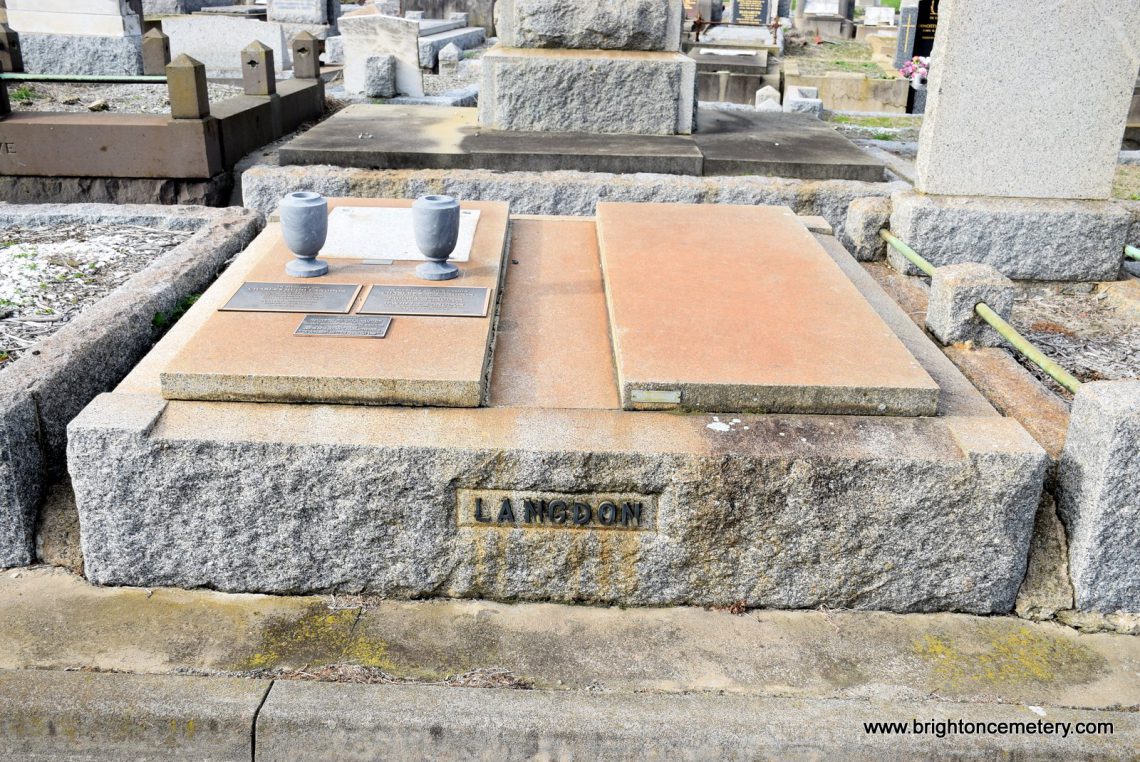 Charles Petley Langdon was born at Brighton, Melbourne on 19 March 1865, the third son of Henry Langdon (q.v.) and his wife Elizabeth who founded the merchant firm of “HJ Langdon & Co Pty Ltd” (Collins Street) in the 1850s. Educated at Melbourne Church of England (Boys’) Grammar School (1879-80) he joined his father’s merchant firm where he spent his entire career becoming a partner in 1887 and later managing director. As a youth he was keenly interested in the military and held a commission as lieutenant in the 1st Battalion, Victorian Rifles (1885-86); he was also appointed Consul for Hawaii (1889-1900). It was Langdon who gave the infant company of “Nicholas (q.v.) & Co Pty Ltd” makers of ‘Aspro’ the confidence during its formative years while declining a share of the business.

One of the oldest members of the Australia Club at the time of his death, Langdon passed away at his home RoseCraddock – Hawthorn Road, Caulfield on 2 September 1938 at the age of 73.