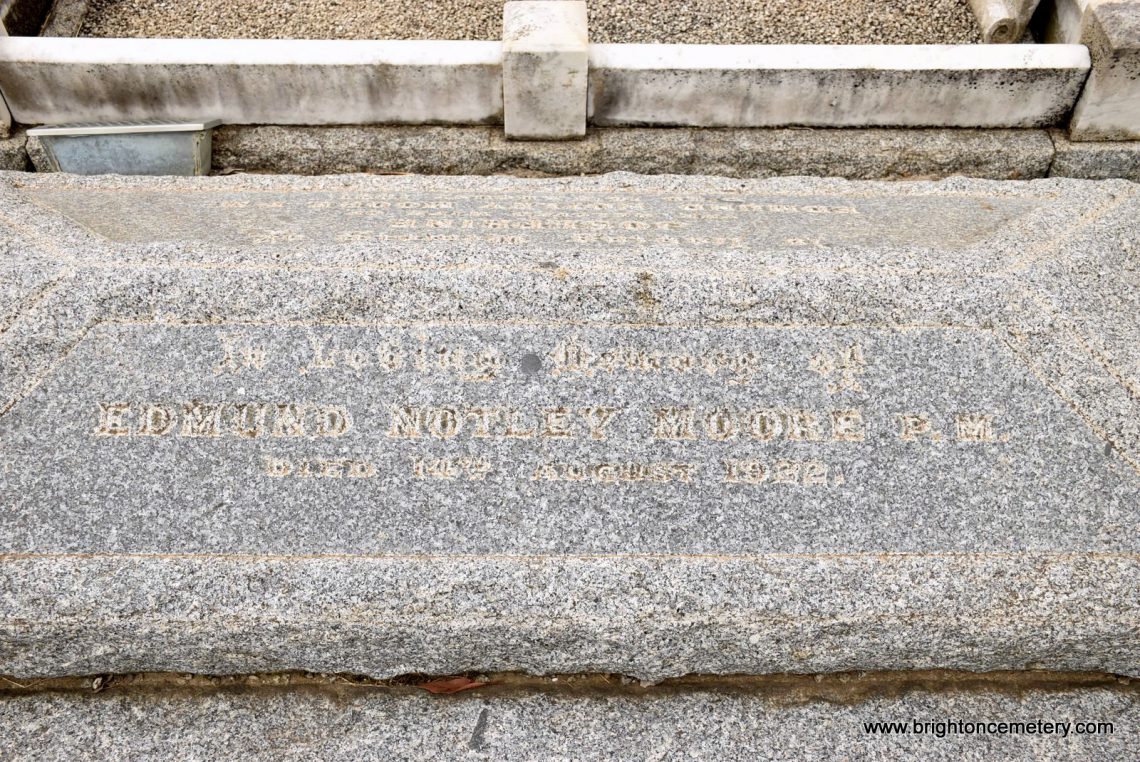 Born in Richmond the second of six children of Henry Moore an early officer of the Victorian police force (1852-56), and his wife Jane née Hull, Notley joined the Crown Law Department in December 1877 and soon gained prominence for his role as clerk of courts at Beechworth in the preliminary trial of the notorious Kelly Gang on 6 August 1880 where “he took the whole of the voluminous dispositions…this was a stupendous task, and he was subsequently complimented on the legibility and accuracy with which he accomplished it”; sadly, Moore’s role has been overshadowed by others and his part in the Kelly story is largely unknown.

Described as “one of the ablest magistrates the State has had”, in 1902 he was promoted as a police magistrate stationed at Bendigo (1902-16) until the death of PJ Dwyer led to his transfer and promotion as chairman of the City Court Bench (1916-22) at a time of the rise of the larrikin crook; various shady associates of ‘Squizzy’ Taylor (q.v.) came before his bench including John William Heaney in March 1922 who put up a £300 bond against Taylor only for the artful dodger to abscond bail in August 1921 alluding police for a year.

On his death from heart disease on 14 August 1922, a year to the day of the death of his wife, contemporaries praised Moore as “a keen judge of human nature, and his faculty for appraising evidence was reflected in his decisions…recognised as being an impartial magistrate, with a sound knowledge of the law…he did not sit in a court to administer the law, but to try to adjust things in a common sense way…who inclined a merciful ear to the plea of the first offender”, but did not hesitate to impose a sharp sentence on habitual criminals. On 5 September 1910, Moore chaired the Parliamentary Board of Inquiry that sat for twenty days into the Richmond Railway accident of 18 July which killed nine and injured some 475 others; he found human error contributed to the accident, not the least the action of the Elsternwick train driver, John Melville who in dense fog, failed to exercise extreme caution.