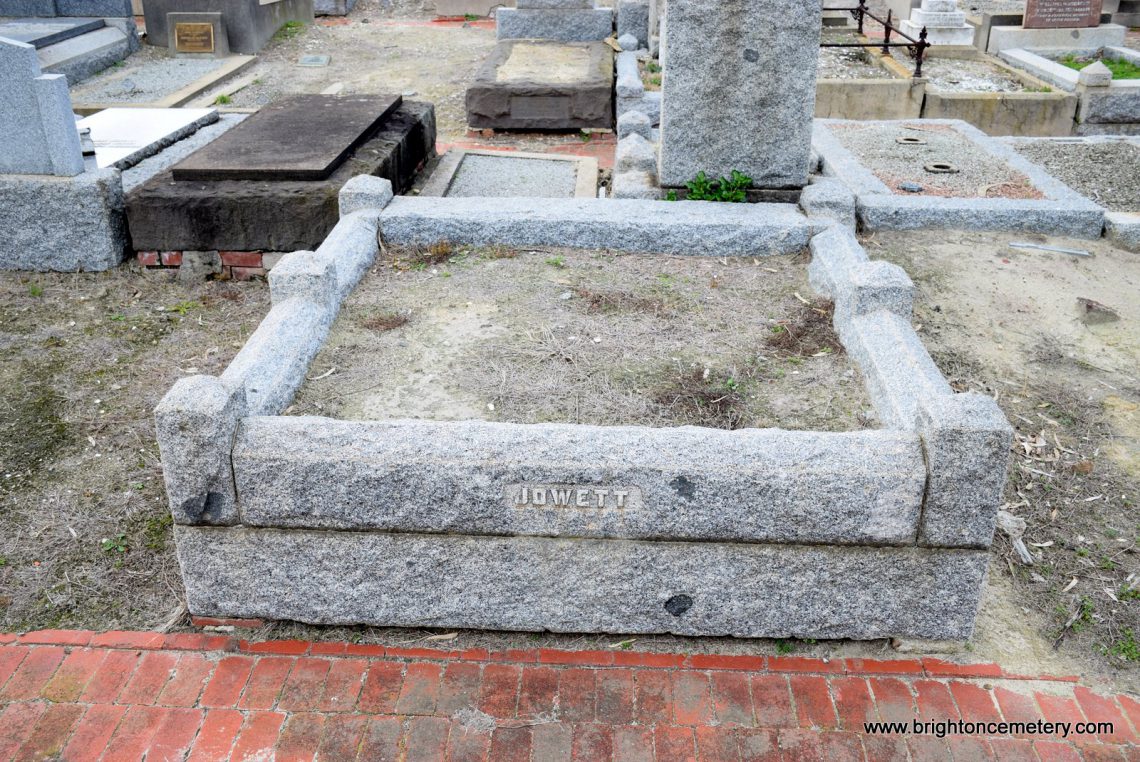 Born in Bradford, Yorkshire, England, Jowett spent a short period in New Zealand before migrating to Victoria where he was for several years Town Clerk at Horsham. Appointed Shire Secretary of Caulfield (1887-1921) over some 200 applicants on 3 February 1887, Jowett soon became a ‘super-citizen’ serving on innumerable local bodies earning high praise for “his courteous, gentlemanly demeanour”. During the period as Shire Secretary, he oversaw an increase in the population from 2,554 to 42,000, and the rateable value from £85,000 to £531,663.

As President of the Metropolitan Town Clerks’ Association, Jowett was acknowledged as an authority on the Local Government Act – his counsel was “frequently referred to for decisions by Town Clerks of other municipalities, as well as by members of his own Council”.

Residing at Wyuna – 25 Wyuna Road, Caulfield, he died on 1 July 1921 after being granted extended leave in March 1921; the Jowett Memorial Drinking Foundation outside the Glen Eira Town Hall on Hawthorn Road was erected in his honour. Amongst the pall-bearers were the Mayor Cr John Packer and Sir Robert Best (1856-1946).