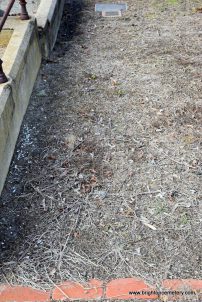 Born at North Melbourne, Melbourne on 15 February 1868 the son of George Roberts, engine fitter and Mary née Dargie. A hairdresser by trade (Collins Street, Melbourne, Rutherglen, Richmond, Geelong, Tatura and finally Malvern), Roberts was elected in a by-election to the double-member seat of Richmond (1903-04) succeeding William Trenwith (q.v.). He served for just six months, losing his seat in May 1904 when the number of representatives were reduced from 95 to 68 but made the most of his short time in Parliament where he made sensational allegations against police, and later at the (James) Cameron (Orbost Cemetery) 1905 Royal Commission into the Victorian Police Force which found the administration under police commissioner Thomas O’Callaghan (Melbourne General Cemetery) had “many blemishes”. Understating his age, Roberts enlisted for overseas active service with the 6th Battalion in the Great War serving in France and Belgium. Secretary of the Hairdressers’ Union and Master Hairdressers Association, while walking to his hairdresser shop in Malvern on the morning of 25 November 1925, Roberts was the fatal victim of a car collision at the corner of Orrong and Alma Roads, East St. Kilda; one of the two drivers, Robert Palmer, plasterer of 34 Rothesay Avenue, St. Kilda was charged with manslaughter but was acquitted on 21 April 1926.

He resided at 3 George Street, Caulfield North; on 5 April 1890 he married Mary née Brown. Writing on his death, the local Richmond Guardian noted that Roberts “was probably the only candidate who forfeited a deposit in a municipal contest in Richmond” when he opposed Cr Robert Hunter in August 1905; the following year he unsuccessfully contested the Federal seat of Yarra. His religion was noted as “Theosophist”.