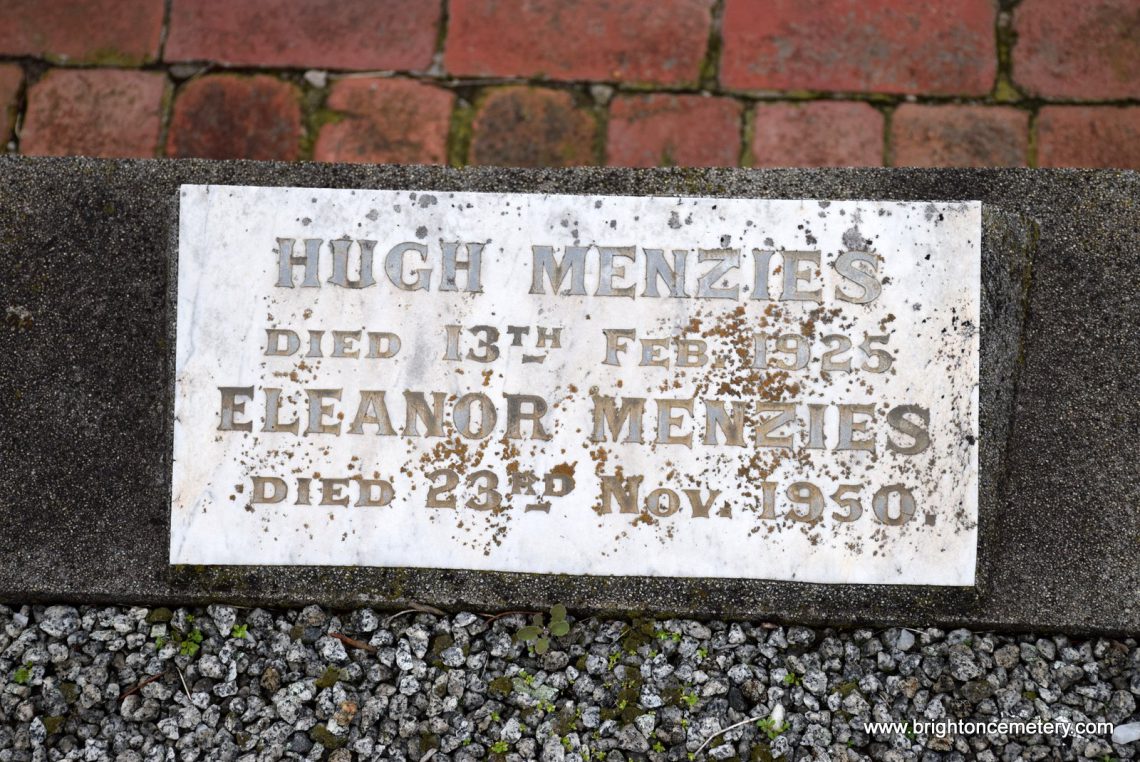 Coming from a family of political luminaries, notably nephew Sir Robert Menzies (Melbourne General Cemetery) who became Australia’s longest serving Prime Minister (1939-41, 1949-66); other political relations include Sir Robert’s father, James Menzies (Box Hill Cemetery), MLA for Lowan 1911-20 and James’ brother-in-law Sydney Sampson, MHR for Wimmera 1906-19. Hugh was born on 4 September 1857 at Ballarat, Victoria the son of Scottish-born parents Robert Menzies, machinery merchant and Elizabeth née Band. Educated locally he then had a varied career as a bank manager (Rupanyup), licensee of several hotels in Stawell before being elected to the legislative assembly seat of Stawell from October 1902 to May 1904, but failed to gain re-election when the seat was abolished; in 1908 he unsuccessfully contested the seat of Ararat. From 1894 to 1906 he served as a Stawell Borough councillor and was Mayor from 1895-96 where he “assisted in the development of the community and in the progress of mining developments”. “Greatly respected in the district”, Menzies later retired to Melbourne and carried on a newsagency in Caulfield.