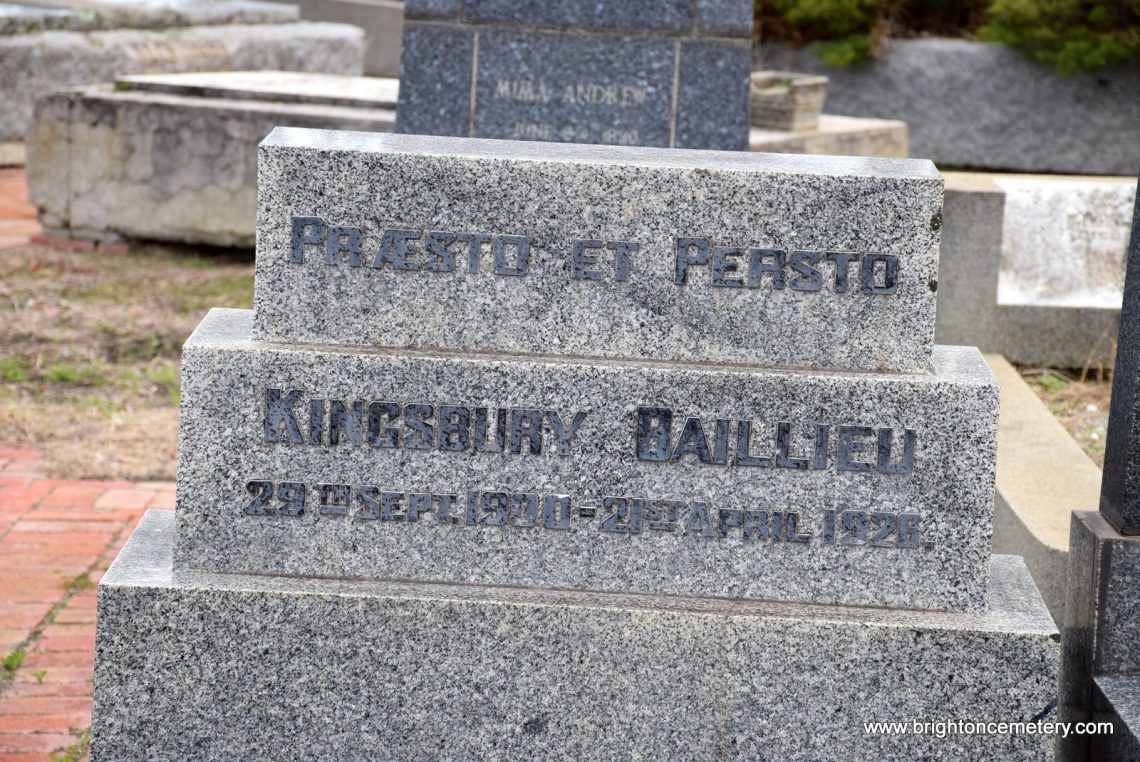 A member of the prominent Melbourne establishment family, Kingsbury was born on 29 September 1900 the son of Arthur Sydney (1872-1943), estate agent and his wife Ethel Mary née Ham (1875-1932) who married in 1899; among the many legends of the Baillieus, it was a tradition to “regard loyalty to the family as the highest duty of all”.

Educated at Melbourne Church of England (Boys’) Grammar (1913-18), Baillieu worked for a period with the “English, Scottish and Australasian Bank” before becoming a director of “Baillieu Allard (q.v.) Pty Ltd”, originally known as “WL Baillieu & Co”, founded in 1892 by his legendary uncle William Lawrence (1859-1936); in 1904 the firm was given to Kingsbury’s father to manage so WL could go onto achieve greater things.

Residing at Kinniel – Grange Road, Toorak, in February 1924 he married Grace née Lavers (“a well-known musical comedy actress”) and died on 21 April 1926 from pneumonia after an illness lasting four days; of his three siblings, (Lelda) Sunday (1906-81) went on to become well-known as a patron of modern artists such as Albert Tucker (q.v.) through the creation of Heide (1935-81) with husband John Reed.

Obituaries of the day noted Baillieu “was at the threshold of a promising and useful career” and “especially among the younger set in Melbourne, will miss [his] bright personality and kindly nature”; a keen sportsman it was reported that he entertained at his home in 1925 the English cricketer JB Hobbs.