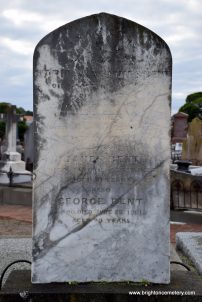 The legal father of Sir Thomas Bent (q.v.), was born circa 1804, the son of George Bent and his wife Amelia; his place of birth is a source of confusion and may possibly be Dumfries, Scotland according to the entry in the burial register. At Liverpool, England, Bent was convicted of house-breaking and arrived in New South Wales on board the Asia in 1833. In July 1838 he married Irish-born Maria née Toomey (d 1867) the daughter of Thomas Toomey and Mary née Durack who arrived in 1836 on the Duchess of Northumberland as free migrants. They were to have ten children; Thomas (1838-1909), John, James (1843-58), Edmund (b 1845), Agnes (Agatha) (b 1847), Maria (b 1849; married William Huntley), Rosanna and George (c1852-81). Two others died in infancy. James found work on Sir John Jamison’s (1776-1844) grand estate Regentville, Penrith working on the extensive gardens.

In 1843 the family moved to Surry Hills and six years later to Goulburn before migrating to the Port Phillip district where James found work as a contractor residing with the family at Fitzroy. With the onset of the gold rushes in 1851, James resisted the temptation to join and instead set up a market garden (cabbages, cauliflowers, tomatoes, pumpkins and root vegetables) in Jasper Road, East Bentleigh showing a remarkable degree of lateral thinking during a time when the massive influx of population brought about a increase in the price and demand for food. In 1868, Bent was the subject of controversy when Thomas as chairman of the Moorabbin Roads Board awarded him a road making contract “without first going through the established channels of calling for tenders”.

He later opened “The Gardeners’ Arms” hotel (1861) on the corner of McKinnon and Jasper Roads and died on 23 January 1875 and was buried the following day; his will dividing his estate “amongst his children” was notable in the absence of Thomas.