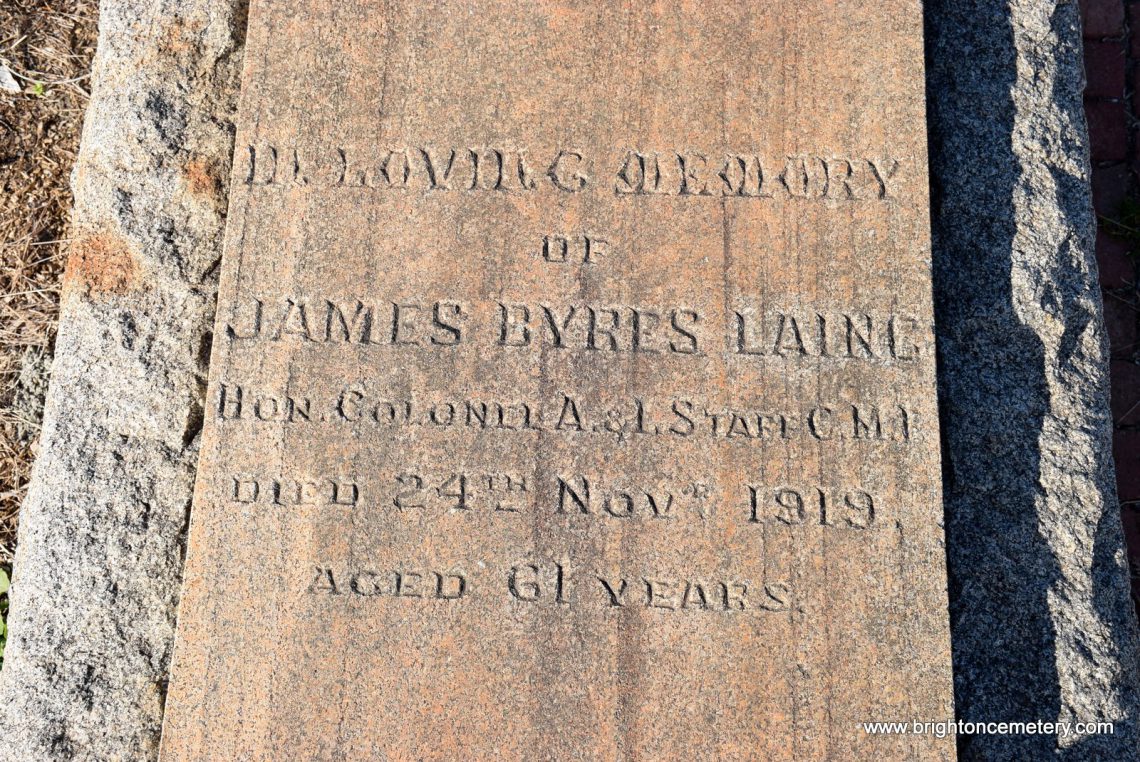 Born on 25 August 1858 at Rochester, New York (USA) to Scottish parents, Laing became a qualified accountant, before joining the armed forces. He originally served with the Audit Department, then district paymaster in New South Wales before being appointed finance member of the Australian Military Board (1910-15).

At 3:00pm on 30 July 1914, a momentous telegraph from the Imperial government reached the shores of Sydney. It read: “See preface defence scheme. Adopt precautionary stage. Names of powers will be communicated later necessary”. And with these few words – albeit a warning in hostilities – Australia was thrust into one of the darkest periods of world history. Yet it transpired that Federal cabinet was in recess and its members in all parts of Australia. Only after an intervention by the Governor-General Sir Ronald Munro-Ferguson (1860-1934) did Prime Minister Sir Joseph Cook (1860-1947) summon a meeting. In the absence of a briefing from the Minister for Defence, Senator Edward Millen (Rookwood Cemetery) before this cabinet meeting, the Prime Minister sent for members of the Defence Department to meet him at his office. This was at 10:30am on 2 August 1914. As finance member, Laing was one of the nine persons at this meeting – the first organised step towards Australia pledging to the war effort. With the rank of colonel, he was later involved in a special mission to Egypt (1915-16) to reorganise the Pay Corps, and upon his return was appointed Director of Naval and Military Audit (1916-19).