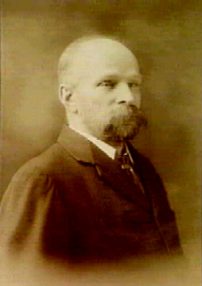 Born in London to a Scottish merchant, the family migrated to Victoria in 1854 where Carlile received his education. He was appointed in 1861 to the Census Office and went on to spend over fifty years serving the Crown until his death in 1917. From the Crown Law Office in 1865 he entered Melbourne University (1869-70) having passed the civil service law examination and in 1871 was elected to the Bar (QC 1900).

It was as parliamentary draftsman that Carlile made his mark. Appointed to the role on the creation of the position in 1879, he personally supervised the drafting of many Legislative Acts during his two terms (1879-82 and 1889-1910); in 1899 he successfully fought a campaign against downgrading the status and responsibilities of the office. Knighted in 1913, outside the public service he served on the boards of many public institutions, including the Public Library Trust, Museum and National Gallery (1902-17), the Melbourne Hospital, Old Colonists’ Association and the Working Men’s College.

He resided at Yarraby – Domain Road, South Yarra, where he died on 15 November 1917 aged 72; a son Lieutenant Edward Keith Carlile died of wounds on 28 February 1917 whilst serving with the 7th Battalion during the Great War and is buried at the Dernancourt Communal Cemetery.