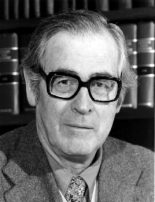 Born on 8 August 1909 at Hampton, the son of John Eggleston, and educated at Wesley College and Melbourne University (LL.B, 1930) gaining first class honours. From 1932 to 1960 he practised as a barrister and King’s Counsel (1950-60) which included a stint with the Defence Department (1942-45) before his appointment to the Bench as a judge of the Commonwealth Industrial Court and the Supreme Court of the Australian Capital Territory (1960-74); he was also a judge of the Supreme Court of Norfolk Island (1960-69); on his retirement, the Attorney-General, Senator Lionel Murphy praised Eggleston’s “great contribution to industrial law, company law and also to constitutional law”.

Chairman of the Victorian Bar Council (1956-58), Eggleston’s expertise was called on to report on a number of inquiries: the Victorian Landlord and Tenants Act (1956), University salaries for the Commonwealth (1964, 1970); and the most prominent being the board of inquiry to investigate the charge on which Dr PL Bazely was suspended from duty as a director of the Commonwealth Serum Laboratories (1961). From early on in his career, Eggleston was closely involved in university education. From 1940 to 1949 he was a lecturer in equity at Melbourne University, Pro-Chancellor of the Australian National University (1968-72) and later special part-time lecturer in Law at Monash from 1974; in recognition to distinguished services to the Law, Melbourne University conferred an honorary Doctorate of Laws honoris causa (LL.D, 1973) and was knighted in 1971. In January 1975 Eggleston was elected to the Chancellorship of Monash (1975-83) after the sudden death of Sir Douglas Menzies a position he held until his retirement.

Residing at 7 Russell Street, Toorak he died on 16 January 1991 at the height of the Gulf War predeceased by his eldest daughter Elizabeth (q.v.) who was a distinguished aboriginal activist in the 1970s. On his death, Monash University praised his leadership style noting his handling of Council meetings with “tact, tolerance, and great forbearance…who never allowed the pomp of trappings of office to interfere with proper governance of the University…and who will be remembered for his warmth, wit, and wisdom and a seemingly endless repertoire of apt anecdotes”.