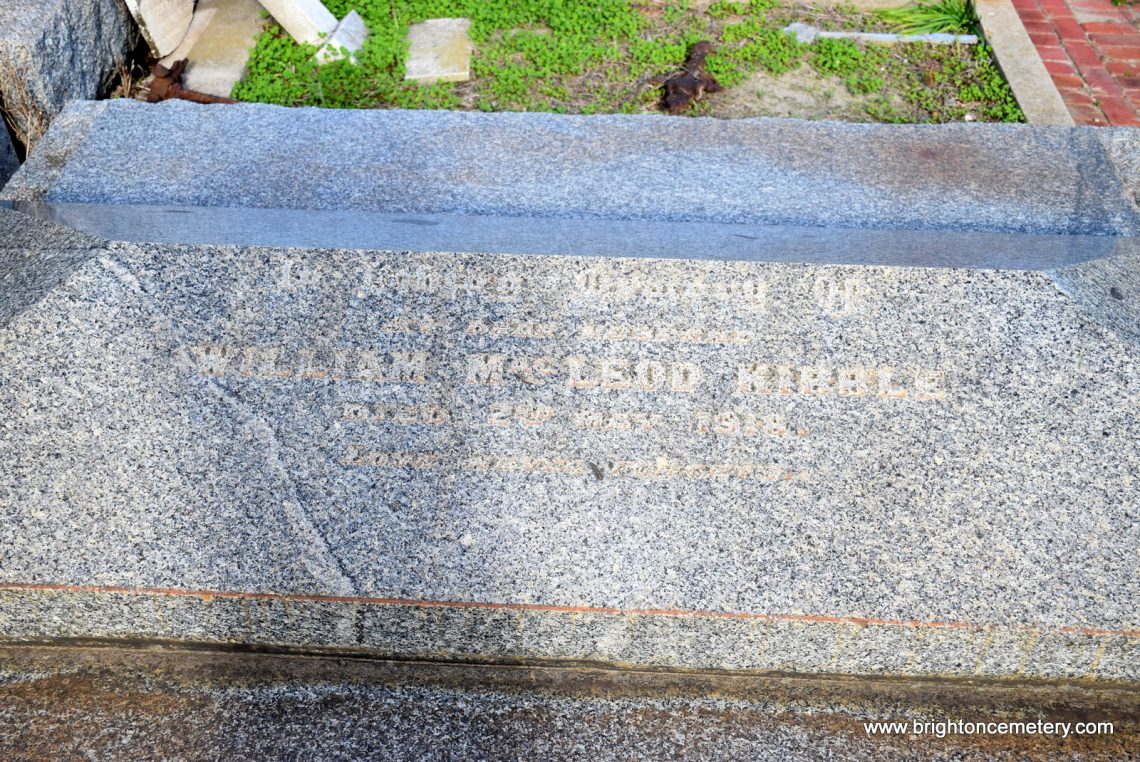 Born in Sydney, New South Wales, Kibble joined the Victorian Railways Department (1862-91, 1892-94) as assistant traffic manager in 1862 “and throughout his career, showed himself to be a very keen railway officer, and his consistent climbing of the ladder of promotion marked him out as a man of exceptional ability”.

With the passing of the Railway Construction Act (1884), Victoria saw a boom period in public spending with some fifty-nine additional lines constructed; by 1890 the railways showed a large deficit with many of the lines under patronised not to mention a number of “monumental white elephants”. This left the three railway commissioners appointed under the Victorian Railways Commissioners Act (1883) to run the Victorian Railways free from interference – Richard Speight (Karrakatta Cemetery), Richard Ford (St. Kilda Cemetery) and AJ Agg – political scapegoats and they were suspended on 17 March 1892. Having prematurely retired the previous year, Kibble’s exceptional ability led to his appointment as second commissioner on 13 July 1892 under RH Francis with KL Murray serving as the other commissioner. During a period of sweeping reforms, the lax and inefficient administration under Speight was overhauled with changes in administration and personnel earning the commissioners high praise for restoring public confidence.

Known as a strict disciplinarian, he declined reappointment on 31 March 1894 and retired from the public service and was for a number of years managing director of controversial “Emu Bay Railway Co” under the directorship of William Jamieson (q.v.) and Bowes Kelly (St. Kilda Cemetery); in 1897 the company was floated to raise capital to construct a railway line from the copper fields of Mount Lyell in Tasmania with the port of Burnie. Residing at Looi – 14 Victoria Street, St. Kilda, Kibble died from a cerebral haemorrhage on 2 May 1918 aged 73 years old and was buried by “Arthur Apps”.