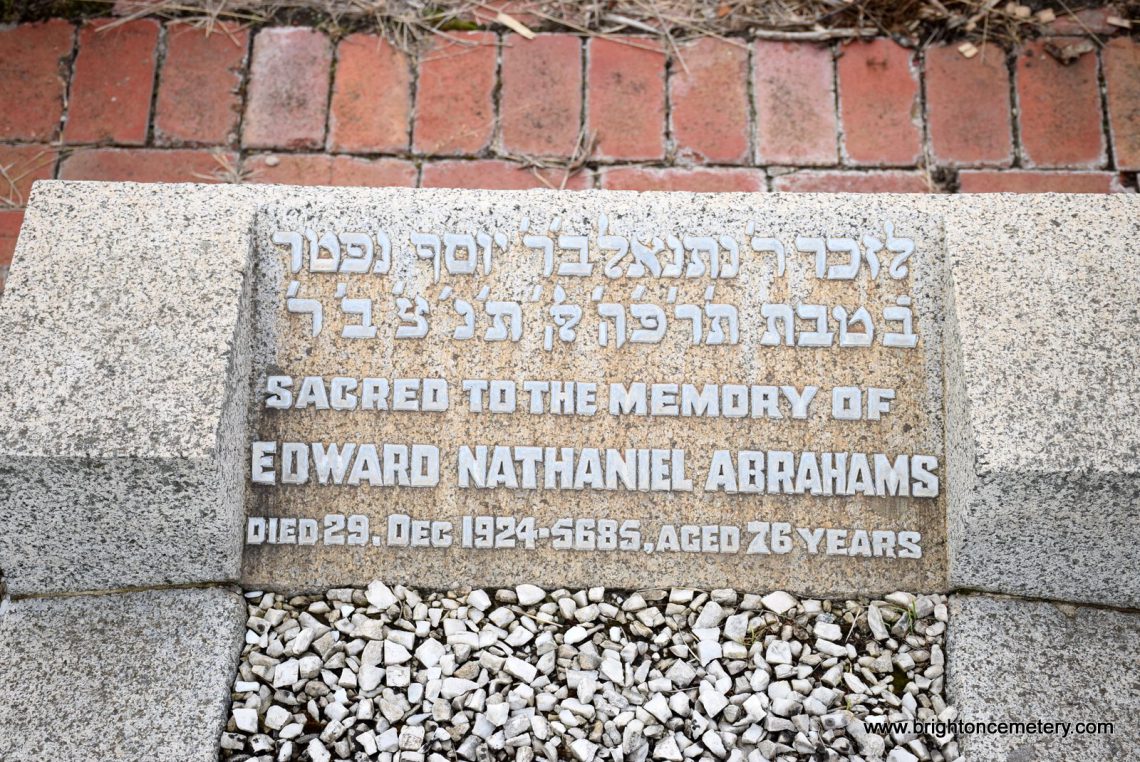 For over fifty years a bookmaker on the turf, Abrahams was known as ‘The Count’ and during his time, one of the leading bookmakers in Australia. Abrahams was born in 1848 at Canterbury, Kent, England and in 1868 came to Australia; two years later he opened his first book on the Melbourne Cup when the Walter Craig (of Craig’s Hotel, Ballarat) owned Nimblefoot won. It wasn’t a success, but with the financial backing of fellow bookmaker Joe Thompson, Abrahams soon recovered. He did learn a valuable lesson that brought him in good steed – it was a mug’s game to back a winner, and from then on he rarely punted. Only once did he land a decent bet when he won £2,000 laying £60 on Zulu in the 1881 Melbourne Cup. Notable wins as a bookmaker in the Cup were Glenloth (1892) and Tarcoola (1893); a picturesque character, he never used a bag believing in the old custom of ‘betting on the nod’. In the mid-1880s he formed a partnership with Humphrey Oxenham and went on to be regarded as “one of the soundest men financially in the game”. He attended many country meetings and at one stage was held up by bushrangers.

Residing at 17 Bay Street, Brighton he was struck down by a car in his final years, never fully recovering from the shock and died on 29 December 1924 aged 76.