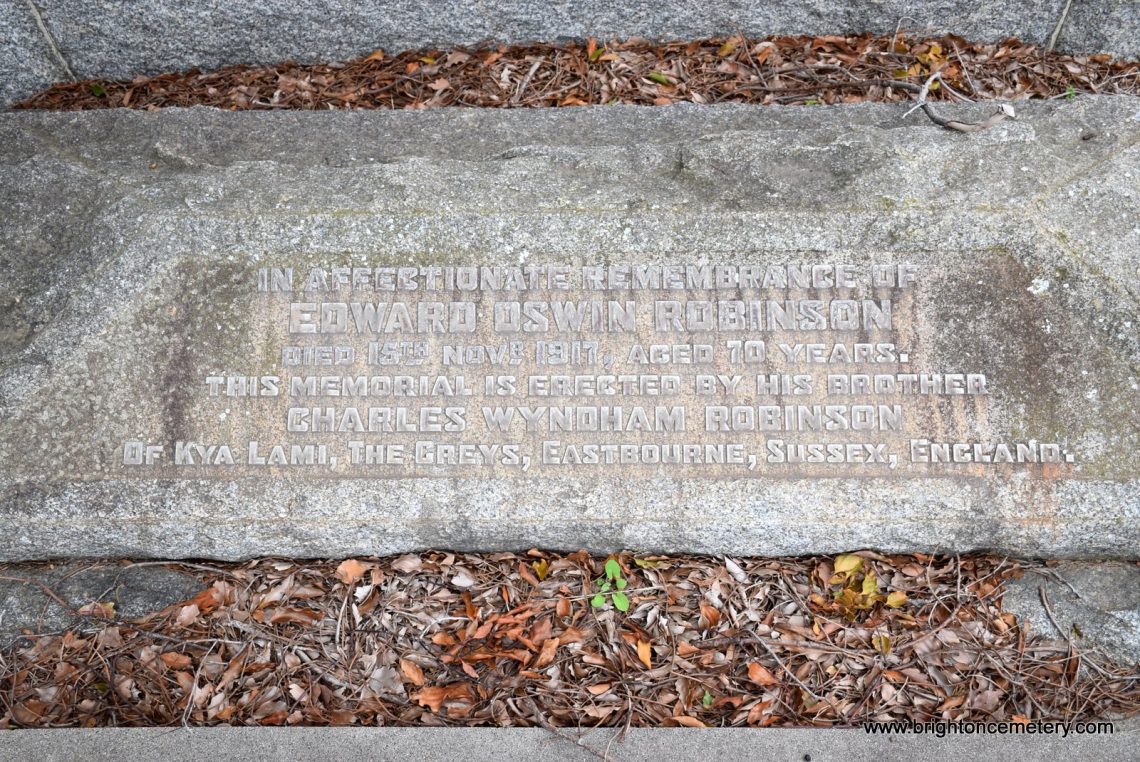 Pioneer of the Top End

Born at Oxford, England on 23 May 1847, the son of Charles Robinson, a tailor and Anne née Harris; he migrated to Australia in 1873 in his own words “chock full of romance and hungry for adventure”. The following year, he soon found the vast waste land of the Top End much to his liking where he made his name as a customs officer, trader, buffalo shooter, pastoralist, pearl fisher and miner.

While at Port Essington, his dealings with the Macassan trepangers led to his appointment as customs officer in 1881. Known as ‘the rajah of Melville Island’, Robinson held the island under a special act of the South Australian Parliament where he made his fortune from shooting buffalos and by 1897 was estimated to have exported 26,000 hides from the Cobourg Peninsula and Melville Island. Never married, he retired to the Yorick Club in Melbourne and sold his interests in Melville Island to the well-known meat preserving firm of “Vestry Brothers”, spending his last years reminiscing his time as one of the pioneers of the Northern Territory.

Described as a “stocky man with trim beard and silver hair, brown face netted into a lace of lines”, Robinson died from cyanide poison on 15 November 1917 with an estate valued for probate at £12,461.