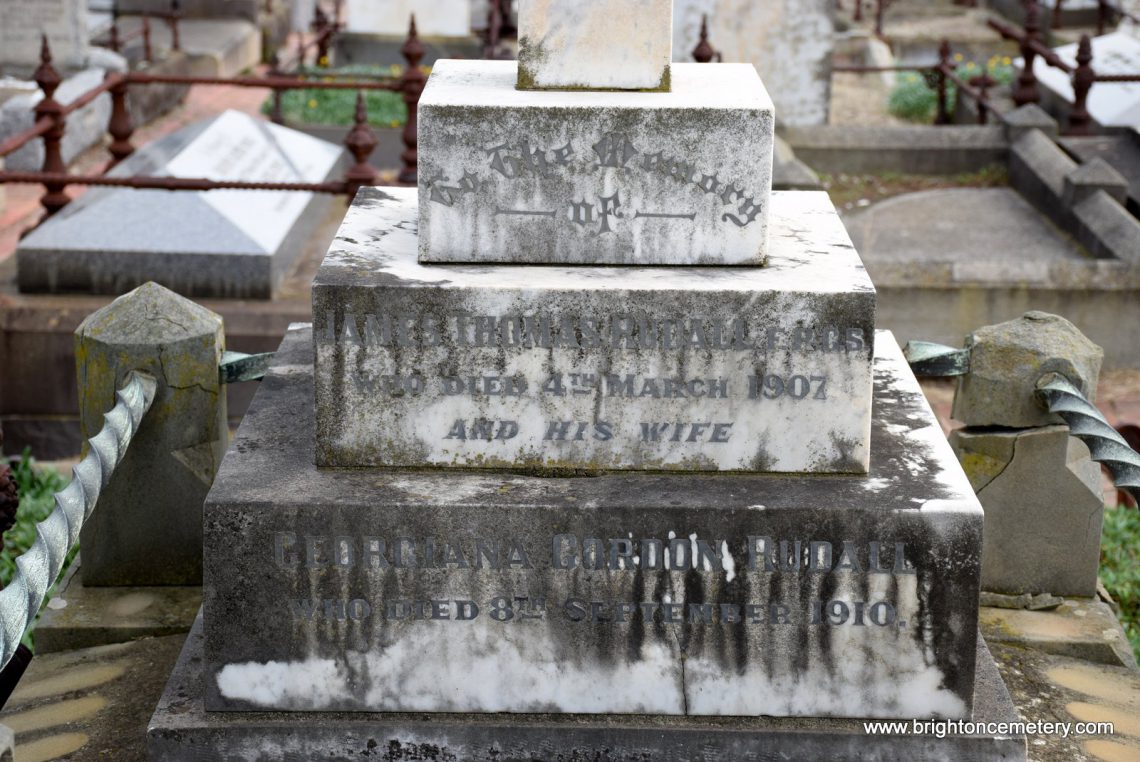 James Rudall whose name is largely forgotten was a pioneer medical surgeon and a founder of ophthalmology in Australia was born at Crediton, Devon, England in 1828; he studied at St. Thomas’s Hospital, London (LSA, MRCS, 1854; FRCS, 1857) and just after gaining his MRCS, joined the Royal Navy that saw him take part in the Arctic search for Sir John Franklin in 1854 as assistant surgeon.

Four years later, “attracted to stories of the richness of Australia’s resources” he migrated to Victoria on board Queen of the Seas arriving 18 July 1858 and entered into general practice and immediately gained work at the Yarra Bend Asylum; he later held honorary positions with the Melbourne (1865-75) and Alfred Hospitals (1887-1907) and the Deaf and Dumb Institution. Described by The Age as “a patient and steady worker…his name will stand for long in the records of Victorian surgery”, later in life as a leading oculist, Rudall founded the Melbourne Ophthalmological Society in 1899 serving as first president. Contemporaries acknowledged him as “an accomplished and innovative surgeon and leading pathologist” who contributed widely to the medical profession through the many papers he contributed. He was a founding member of the Victorian Branch of the British Medical Association (1879) and later served as its President in 1884-85.

Rudall died from cerebral vascular disease on 4 March 1907 survived by his wife Georgiana née Scott (d 1910) whom he married in 1862; they resided at 898 Malvern Road, Armadale.