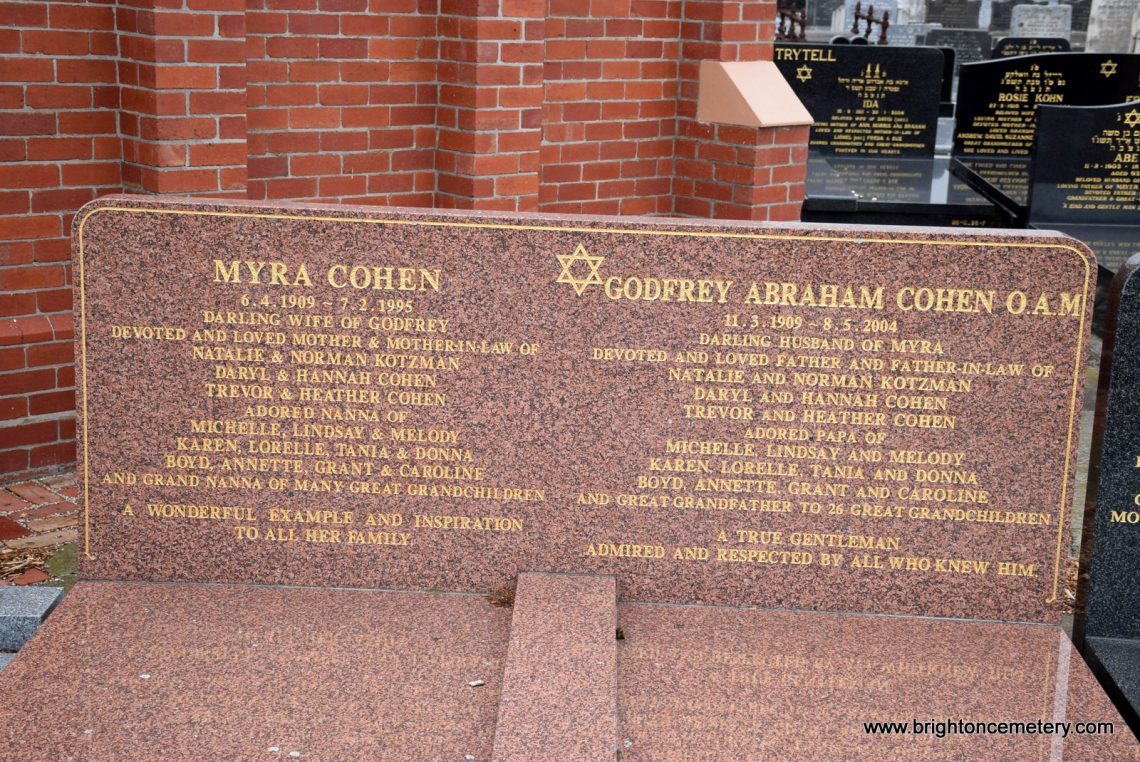 Godfrey Cohen who was born in 1909 the second son of four boys to Joe Cohen and Adelaide née Cashmore, is the eponym of the firm “Godfreys” cleaning stores founded in 1931 during the Great Depression selling reconditioned vacuum cleaners (“waste was a pet hate and he always preferred to fix something himself”). He was educated at Wesley College but dropped out at the age of 14 “to pursue the family furniture business” where his entrepreneurial skills were shown early. In 1932 he married Myra née Davis (1909-95) (“the love of his life”) and they had three children; Natalie Kotzman née Cohen, Daryl and Trevor .An honorary justice of the peace, Cohen was a generous benefactor to many charities and was awarded the Order of Australia medal in 2001 in recognition for “service to the community, particularly through the Myra and Godfrey Cohen Family Charitable Trust and the Melbourne Jewish Orphan and Children’s Aid Society”.