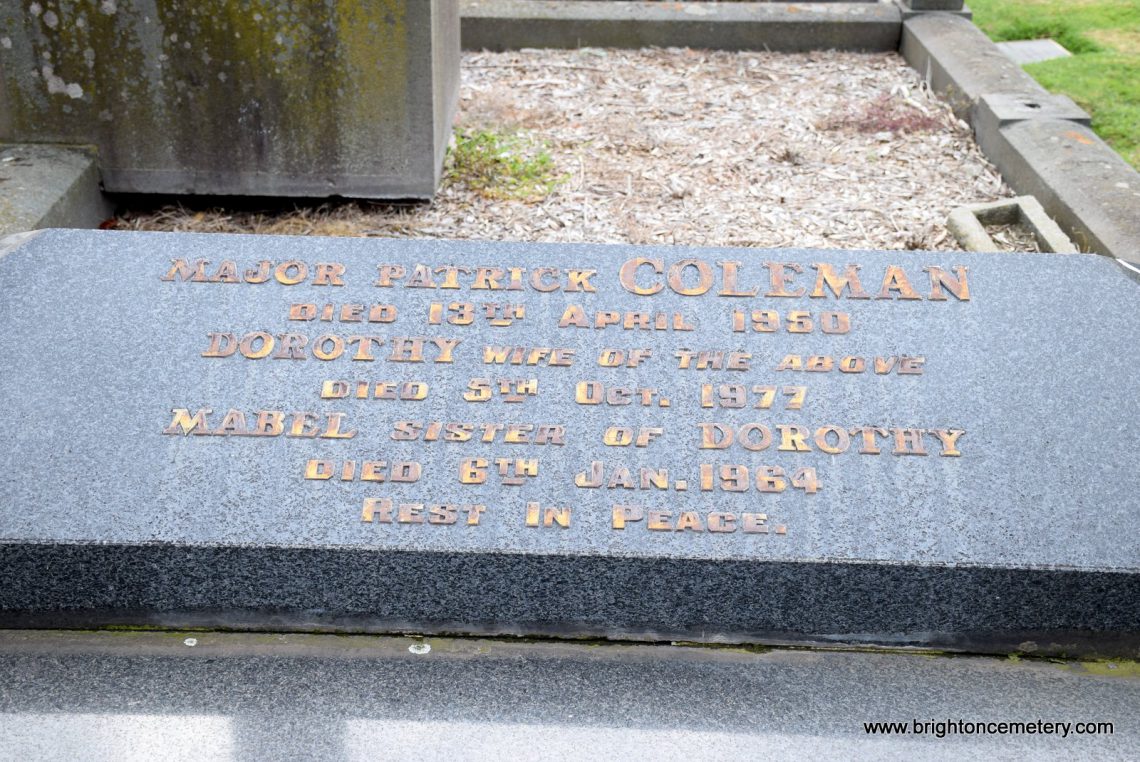 After his education at John O’Hara’s (q.v.) South Melbourne College, Coleman entered the Commonwealth Public Service as a clerk with the Department of Defence. He enlisted for active service on 16 August 1914 and took part in the landing at Gallipoli; while returning from Egypt he was onboard the Southland when it was torpedoed on 2 September 1915 and narrowly escaped browsing. By the end of the war Coleman had risen to the position of Deputy Assistant Adjutant-General Headquarters (London). Described as “quiet spoken, courteous and efficient young staff officer, always reliable and conscientious”, he was twice mentioned in despatches and returned to Australia in 1920 with a rank of major. After his distinguished military career he continued his promising career with the public service from 1921 until his death, serving in various positions involving Defence, notably as an Assistant-Secretary to Sir Frederick Shedden (1946-48).