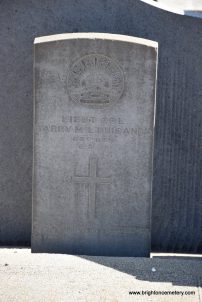 Born at Richmond, Melbourne on Christmas Eve 1875, Duigan was educated at Queen’s College, St. Kilda and from 1895 at Melbourne University, graduating in law. During his youth he was a noted sportsman, playing eight games at half-forward for the St. Kilda Football Club (1897-98) while in 1904 he was champion long-jumper of Australasia; his son Dennis Duigan represented Australia in the 1924 Paris Olympic Games.

On 5 June 1897 he gained a commission in the Citizen Forces as lieutenant with the 1st Battalion (Militia Infantry Brigade), and later with the 5th Australian Infantry Regiment (5 AIR) by the commencement of the Great War held the rank of major. A number of contemporary records note that Duigan fought in the Gallipoli campaign where he was wounded, however the available information indicates he enlisted on 7 October 1915 as second-in-command of the newly formed 29th Battalion under Lieut-Col JWB Field. Joining the unit in Egypt in February 1916, in mid-May he transferred to the 15th Brigade to command the 60th Battalion (from 8 June 1916) having been vigorously sought by Brigadier-General ‘Pompey’ Elliott (Burwood Cemetery), a fellow officer in the militia and one of Elliott’s closest friends. Elliott’s success as one of the most inspiring and tactically competent of the Australian commanders of the war was due to his ability to appoint commanders for his battalions “that could provide the type of vigorous leadership and insistence on discipline”; Duigan would describe ‘Pompey’ as “absolutely the best General in the Australian Army”. Indeed, CEW Bean wrote of Pompey: “with exuberant vitality he overworked them, strafed them, punished them, and yet they would do anything he asked of them”. But it was Major Geoff McCrae a company commander under Elliott whilst in charge of the 7th Battalion (“charming, amiable, and upright”) who oversaw the 60th’s near annihilation during the bloody battle at Fromelles on 19-20 July. In the Official History of the War, Bean said “of the 60th Battalion, which had gone into the fight with 887 officers and men, only one officer and 106 answered the call”. Thus in its first baptism of fire, the old 60th lost more casualties than any of the six Australian battalions that took part. As for Geoff McCrae, sadly he was one of the unlucky ones; rightly so, Fromelles was to be the most bitter experience for the Australians in the war, galvanising strong anti-British sentiment towards the high command. Promoted Lieut-Col on 27 July 1916, Duigan was left to rebuild the shattered unit through the bitter winter of 1916-17, but his health eventually deteriorated and he relinquished command on 2 February 1917 to be replaced by Norman Marshall (“energetic and fearless, dashing and inspiring”). He was subsequently recommended to be mentioned in despatches for preventing “any deterioration however slight being manifested in the high state of moral and discipline” of the battalion (AWM28 1/255P2 page 27). Battling pneumonia, bronchitis, rheumatism and kidney trouble, Elliott paid Duigan a visit while recuperating at Harrow, England and noted that was “just skin and bone”; he returned to Australia in May where he was to later preside over gatherings of members and friends of the 15th Brigade.

Duigan’s health never fully recovered, yet he continued his professional career in law with the firm “Duigan & Hall” and also to the War Service Homes Commission “during a difficult period of administration”. Residing at 240 Dandenong Road, East St. Kilda, for some time he was on the Victorian Football League tribunal dishing out justice just prior to his death at the Caulfield Repatriation Hospital on 6 August 1931 at the age of 55.