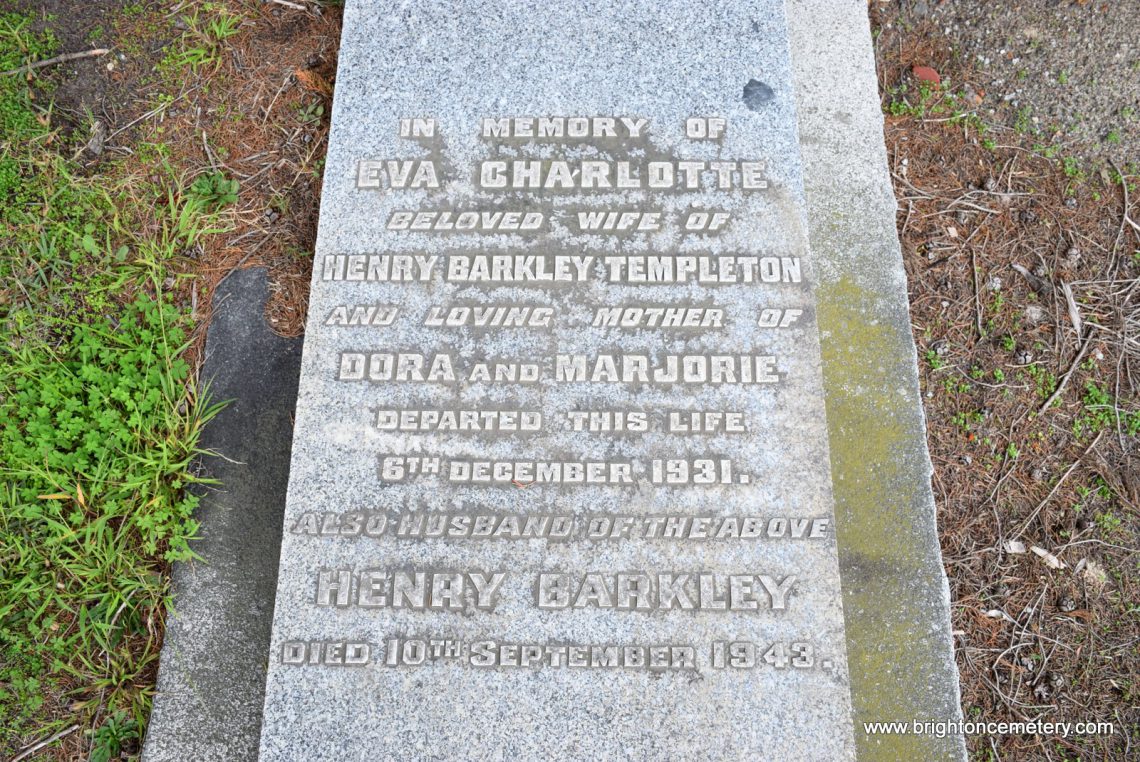 Born on 28 May 1868 at Windsor, New South Wales the son of Henry Templeton, a bootmaker and Margaret née Hissken. In 1885 he joined the New South Wales public service as a clerk with the Postmaster-General’s department and by 1893 had risen to the position of clerk-in-charge of intercolonial and international postal affairs; superiors acknowledged him as an efficient and competent officer.

Prior to the transfer of the various state postal departments to the Commonwealth on 1 March 1901, Templeton acted as secretary to the intercolonial conferences set up to make preparations for the transfer; of the seven new Federal departments, the Commonwealth Postmaster-General’s department was the largest. Templeton joined the staff in July 1901 as accountant and senior clerk in Melbourne (1902-06) and later chief clerk (1907-08). But chronic underfunding for staff and equipment saw the permanent head (Sir) Robert Scott (Toowong Cemetery) wage a losing battle; at the long standing royal commission on postal services (1908-10), he defended Scott criticising incompetent officers who had resisted central office control and went on to support the appointment of women telephonists “because they did not seek promotion”. In November 1908 he was appointed Queensland deputy postmaster-general (1908-22) and later served as assistant commissioner of Federal taxation (1922-29) and second commissioner (1929-35) before retiring after five decades of public service.