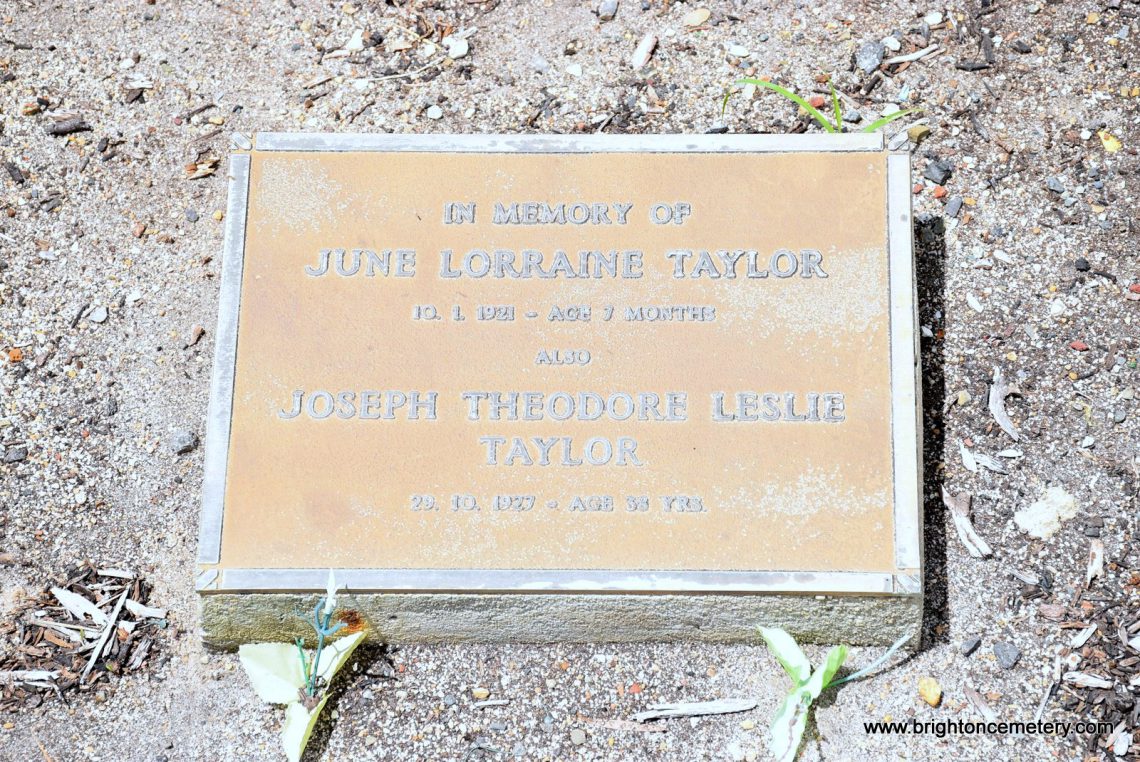 One of the most colourful identities of the Melbourne criminal world was born on 29 June 1888 at New Street, Brighton the son of Benjamin Taylor (d 1901, St. Kilda Cemetery) a coachbuilder and his wife Rosina née Jones (q.v.); the 1890s depression forced the family to move to Richmond where Taylor was educated.

Being the pint-sized runt in the family (“timid, scared, sly and furtive”) he became a jockey apprentice and it was while mingling with the shady characters of the pony circuit realised the easy money to be made in crime. Taylor’s criminal career can be divided into that of minor thefts and crime (1906-08), blackmailing and mastermind (1910-16) and cunning underworld figure (1917-27). Convicted eighteen times mainly for minor offences, his efficient and lucrative business in jury rigging was used with great effect and the longest he spent in jail was two years’ imprisonment for pickpocketing a watch at Burrumbeet racecourse near Ballarat in January 1908 a crime in which the judge (Sir) Joseph Hood (Melbourne General Cemetery) noted Taylor was now a confirmed criminal.

It also marked his rise into the ranks of notoriety as a blackmailer and mastermind with the ‘Bourke Street Rats’ – a rough mob of brawling thieving hooligans who abetted Taylor in his audacious deeds of extortion; a popular plan was to use female decoys to lure a married man of money into a private room, and when in a compromising position, one of Taylor’s lieutenants acting as the ‘husband’ would burst in threatening repercussions unless a tidy payment of silence was made. By the mid-1910s, having served his apprenticeship, Squiz was now firmly part of the underworld scene. He was believed to have been linked with a number of sensational crimes, including the robbery (£215) and murder of Arthur Trotter (Melbourne General Cemetery) a commercial traveller on 7 January 1913; and the sensational outrage on Thomas Berriman (Boroondara Cemetery) manager of the Commercial Bank, Hawthorn on 8 October 1923 in which Berriman was killed for £1,851; Taylor was at first charged with being an accessory along with Angas Murray and Richard Buckley but won a nolle prosequi.

In spite of the sensational claim in “Power Without Glory” (1950), Taylor was not involved in the burglary of the Melbourne Trades Hall in which Constable David McGrath (Coburg Cemetery) was killed. As Hugh Anderson noted, “Taylor was never questioned by detectives…because they knew where [he] spent that night and it was remote from…the Trades Hall”.  The cunning of Taylor was evident in his acquittal of the infamous ‘Bulleen Road’ murder of William Haines (Coburg Cemetery), a cab driver who refused to participate in the hold-up of a bank manager on 28 February 1916.  Witnesses who before the trial positively swore the identity of Squiz had been ‘got at’ and found themselves suffering memory loss; his victory was short-lived for after the trial he lost an appeal presided by Judge William Moule (q.v.) on a charge of vagrancy and was sentenced to twelve months’ imprisonment.

In 1918 not long after his enforced holiday in Pentridge prison, Squiz masterminded his most successful robbery, that of Kilpatrick’s jewellery store in which £2,000 worth of diamonds were audaciously stashed away under the nose of the shop assistant; the proceeds were split three ways but not before Squiz ‘shelved’ an associate upsetting the Fitzroy faction and thus beginning what became known as the 1919 Fitzroy vendettas. But the real ‘war’ began one winter’s night when Taylor’s ‘moll’ Dolly Grey was sent to a sly-grog place at 27 Webb Street to test the feeling of the Fitzroy faction only to have her jewels whisked away and left semi-naked; within three weeks some eighteen bullets had been extracted from men who could think of no motive.

The artful dodger provided the public with first-class entertainment when he absconded bail after being caught red-handed for breaking into a warehouse on 16 June 1921. For the next 14 months he eluded the entire detective force taunting them with letters to the press (“…I have not quite fixed up my private business yet, but as soon as I have I will pop to the CID knowing that I will be quite welcome…” and “…I trust that others who are wanted by the police will follow suit and join in the “Back-to-Pentridge” celebration, which they will find under better conditions than of old…”) until he gave himself up in September 1922 only to be acquitted after two trials. It was while awaiting a decision of the courts he attended a race meeting at Caulfield but was ordered off resulting in the mysterious burning of the administrative offices on the night before the 1922 Caulfield Cup.

Described as “5 feet 2 inches, light build, dark complexion, clean shaven, with dark piercing eyes”, Squizzy’s downfall came in sensational circumstances during a shoot out with Sydney rival John Daniel ‘Snowy’ Cutmore (Coburg Cemetery) on 27 October 1927 at 50 Barkly Street, Carlton. The circumstances of the shooting have become shrouded in mystery even though the coroner settled the matter by finding a simple fatal gun duel between two opposing criminals. This was in spite of the Eibar “Destroyer” .32 calibre used to shoot Squiz being found under the picket fence of a house in McArthur Square some 200 paces from the house while the Melbourne Truth contended that three more bullets than what could have been discharged by the revolvers of Cutmore and Taylor were fired. Were Squiz and Cutmore knocked off in one go?