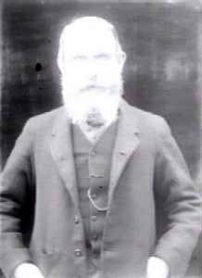 Born in London on 26 October 1830, the son of William Tayler, a tailor and Priscilla née Lloyd; after his education at the prestigious King’s College, London where he studied applied sciences and won a number of prizes in his final year he migrated to New South Wales in 1851 after his brother Richard’s death left squatting interests in Albury only to find that a bushfire in February left the inheritance worthless. Instead Tayler tried his luck on the Mount Alexander goldfields before setting up an architectural firm in Melbourne of which his name is best remembered. A rival of Leonard Terry (Melbourne General Cemetery) during the 1860s, Tayler’s designs were noted for their simplicity at a time of extravagance; he abhorred the decorative stucco work of others in the profession labelling it “the picturesque becoming the grotesque”.

His health was in a critical condition for some weeks before his death in August 1900 and he died from cancer of the liver; his last important work was on the committee advising the government for the Flinders Street railway design (1900) awarded to Fawcett & Ashworth. Residing at Pen-Y-Bryn – Middle Crescent, Brighton, amongst the pallbearers to attend his funeral were Frederick Grimwade (St. Kilda Cemetery), Sir Frederick Sargood (St. Kilda Cemetery) whom Tayler designed the Italinate tower of Rippon Lea (1881), and his architectural partner for many years Frederick Fitts (“Tayler & Fitts” – 420 Collins Street). The Argus gave a fitting tribute to Tayler by describing him as “probably the best known figure in the architectural profession of Melbourne…one of the oldest and best respected”.