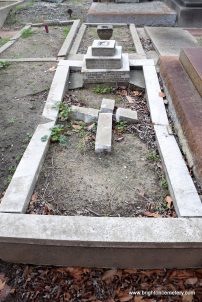 A native of Hobart, Tasmania, the son of Herbert Day Church, a barrister and educated at Guildford, Felstead and Oxford in England; he was believed to have been struck on the head by a cricket ball and became completely dead. As a sixteen-year old, he went to New Zealand, studied law and later joined the Treasury Department in Wellington (1877-1911). Described as “a poet of elegance and restraint”, Church enjoyed a high reputation as a writer of notable New Zealand yarns and verses such as “West Wind and other verses” (1902), “Poems” (1904), “Egmont” (1908) and for the novel “Tonks, a New Zealand Yarn” (1916). After retiring from the public service he visited England and did much volunteer work during the war and later moved to Melbourne in 1923 “where he became well-known in literary circles, and was much liked and admired”.

“Church was tall and well-built, courteous in manner, with a kindly appreciation of the work of other men. His poems will be found in several anthologies, and his excellent technique, sense of music and poetic urge, joined with a dignified restraint, entitle him to an honourable place among the better poets of Australia and New Zealand”.