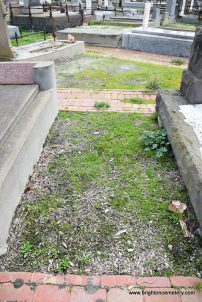 Born in 1821 at Surrey, England the son of Pierre Ogier, barrister and educated at Eton College and later Trinity College, Cambridge. Called to the Bar in 1842 he then migrated to Victoria, arriving in early 1853. In December 1854, Ogier moved the Court for a writ of habeas corpus against three prisoners convicted of setting fire to the Eureka Hotel during the volatile period leading up to the Eureka Stockade; Ogier argued that “the Court had no jurisdiction, and that the prisoners had not been tried by a jury of their countrymen, in as much as they ought to have been tried by the Circuit Court at Geelong, and not in Melbourne”. In 1870, Ogier was appointed a police magistrate at Woods Point and St. Arnaud and was “vigorous in arguing the State of Victoria’s right to the Riverina based on boundaries at the proclamation of the colony”.

A member of the Yorick Club, he died on 19 October 1913 from senile and heart failure aged 92 years and is buried in an unmarked grave.