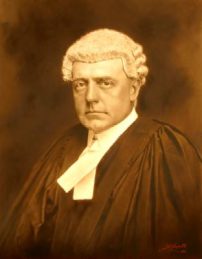 Born in Mount Gambier, South Australia on 23 June 1872, the son of Alderman James Ellery and educated at Whinham College, North Adelaide. A lover of classics and dux of the school, Melbourne Punch noted that Ellery was “a notable exception to the rule that the very brilliant youngster seldom makes good in the rough world of maturity”.

At the age of 27, he was selected over forty-seven applicants to the position of Town Clerk of Adelaide (1898-1915) where he left his mark on the city through the creation of the Metropolitan Municipal Abattoirs to supply meat to the city butchers; improvements to the state roads as President of the Good Roads Association of South Australia; and the overhaul of the “notorious execrable” horse tramway system to electricity that was recognised as a model service throughout the Commonwealth. The position of Town Clerk was one which Punch said required special qualities in a person who “must be a man of personality and distinctive ability. He must be possessed of initiative, recourse – an organiser, an administrator; and more than that, a business director of the city trading enterprises”. By 1915 Ellery’s reputation as the foremost authority on municipal affairs was assured. In August that year, he was appointed Town Clerk of Melbourne (1915-23) where under his eight years of administration he presided over “unequivocally the finest municipal service in Australia”.

With Frank Stapley (q.v.) Ellery was instrumental in lobbying for the formation of the Town Planning Commission in 1922 that had the task of planning for the future metropolis; fittingly, both men lie buried close by. “A brilliant and witty public speaker, possessing an engaging personality”, the Lord Mayor Sir John Swanson (St. Kilda Cemetery) commented upon his sudden death from bronchial pneumonia on 16 October 1923 that;

“Ellery had been a slave to the council. The work which he had done night after night had hastened his illness. A better man never entered the service of the corporation”.

He resided at 32 Martin Street, Elsternwick survived by his wife Mabel née Wood whom he married in 1896. His son Reginald Spencer Ellery (1897-1955) went on to become a noted psychiatrist and author.