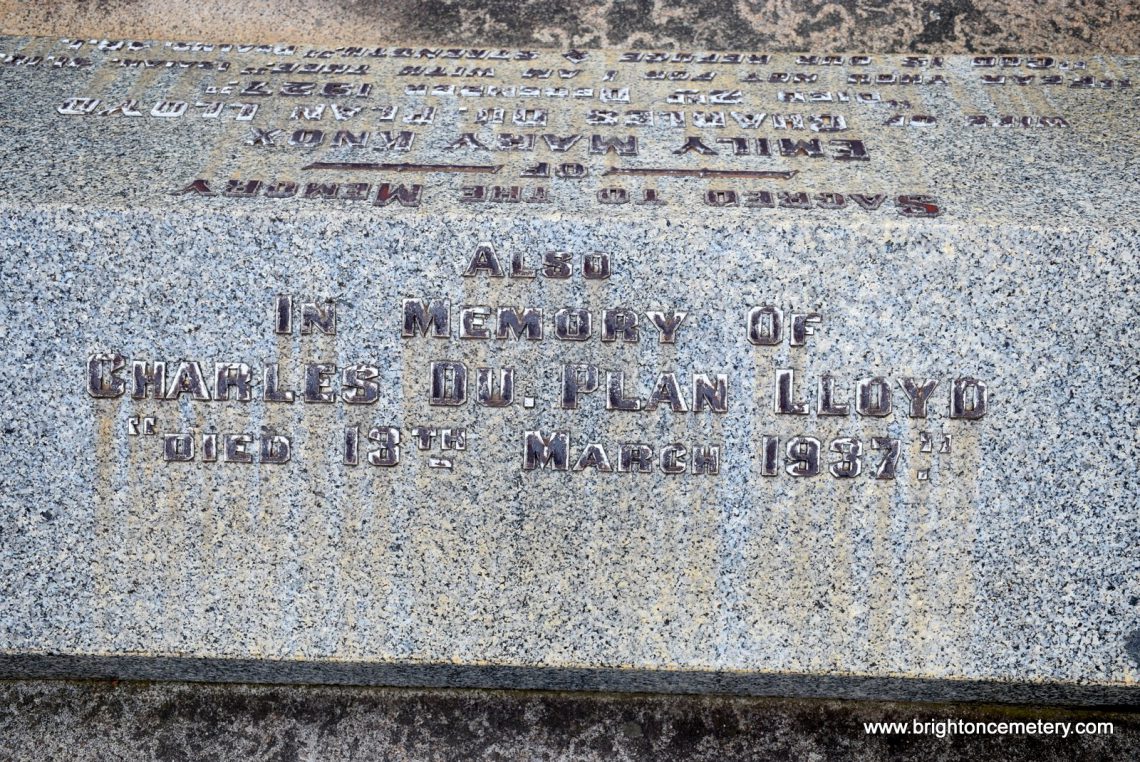 Charles du Plan Lloyd was the son of John Charles Lloyd (b 1824) who established the firm of “John C Lloyd & Co”, insurance brokers of Royal Exchange; a brother, H Cairns Lloyd became a doctor. Upon his father’s death, Lloyd took over control of the firm, floated the company into a limited company, “and under his guidance, it has become one of the foremost of its kind in Australia”. As keen breeder, he owned the Glen Iris Stud Farm at Narre Warren “from which came the winners of many prize awards in the Jersey cattle section of agricultural shows. He attained the reputation of being one of the foremost breeders of this type of cattle in the whole Commonwealth, and his advice was frequently sought by and freely given to breeders”.

President of the Australasian Jersey Herds Society, Lloyd had many varied interests including the Metropolitan Hospitals Association, Melbourne Benevolent Asylum (Cheltenham), and the Insurance Brokers’ Institute of Australia of which he served as President. Locally, he served as Shire President (1893-95, 1899) and Mayor (1901-03, 1906-07) and Acting Mayor (1903-04) following in his father’s footsteps as a councillor where his “clarity of purpose, reasonable nature and firm but discreet chairmanship served the Council well”.

A member of the Australian Club and “one of the oldest members” of the Royal Melbourne Golf Club, Lloyd died on 13 March 1937 aged 74 and was cremated.