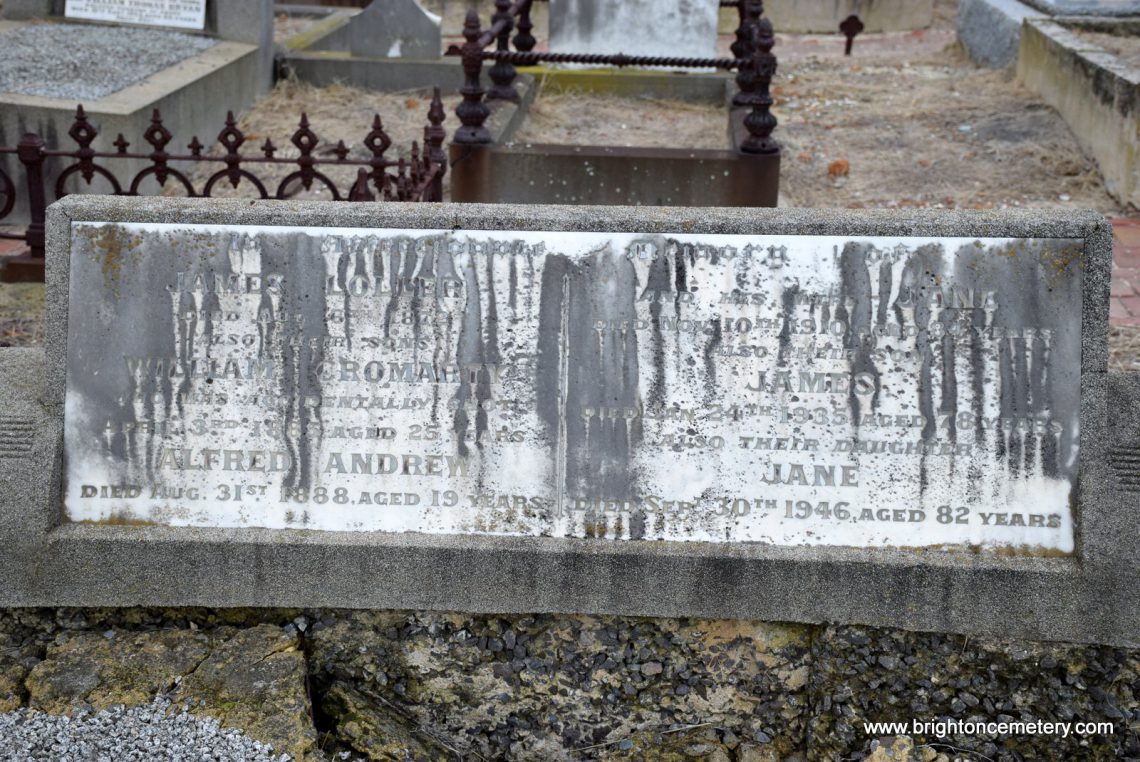 Described as a “Bootmaker”, James senior died from “disease of the values of the heart” on 6 August 1872 while residing at Halifax Street, Brighton.  On 3 April 1885, William died in tragic circumstances from the effect of a gunshot wound in what appears to be an accidental discharge of a rifle at Frankston. Loller Street, Brighton is named after the family.