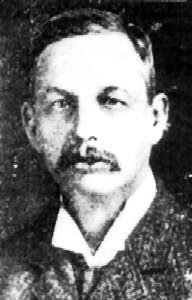 Born on 26 November 1856 at Great Rollright, Oxfordshire, England the son of Henry Rendall, Anglican rector and Ellen née Davey. After matriculating in 1876 from Haileybury College, he won a scholarship to Hertford College, Oxford (BA,1879) and for a period taught at Bournemouth College, Hampshire. Soon after migrating to Melbourne in 1882, Rendall earned a reputation as “the most successful classical tutor in Melbourne”, notably with Trinity College (Melbourne University) under Dr Alexander Leeper (Waverley Cemetery) where he established the college musical society (1884) only to be dismissed for disloyalty in questionable circumstances.

After purchasing JB Were’s (St. Andrew’s Churchyard Cemetery) former home on South Road, South Brighton, Rendall founded Haileybury College based entirely on his former school – his dream of “another Haileybury in another land”. Opening in February 1892 with just seventeen students, today Haileybury is one of a few privately founded schools still operating; he believed in “sound training for the body should go hand in hand with that of the mind”. Described as an “imposing figure over six feet tall (183 cm)…gruff moustache…untidy of dress, overbearing, off-handed, opinionated, ill-mannered and snobbish…moody, conformist and dictatorial”, Rendall was buried on the same day Henry Walker (q.v.), another headmaster was killed.

In 1914, his wife Louisa née Weaver whom he married on 10 July 1893 died from injuries sustained from a car accident whilst Rendall was driving; he retired at the end of the year and sold the school to L deC Berthon. He resided at Hailey House – Haileybury Street, Brighton Beach.