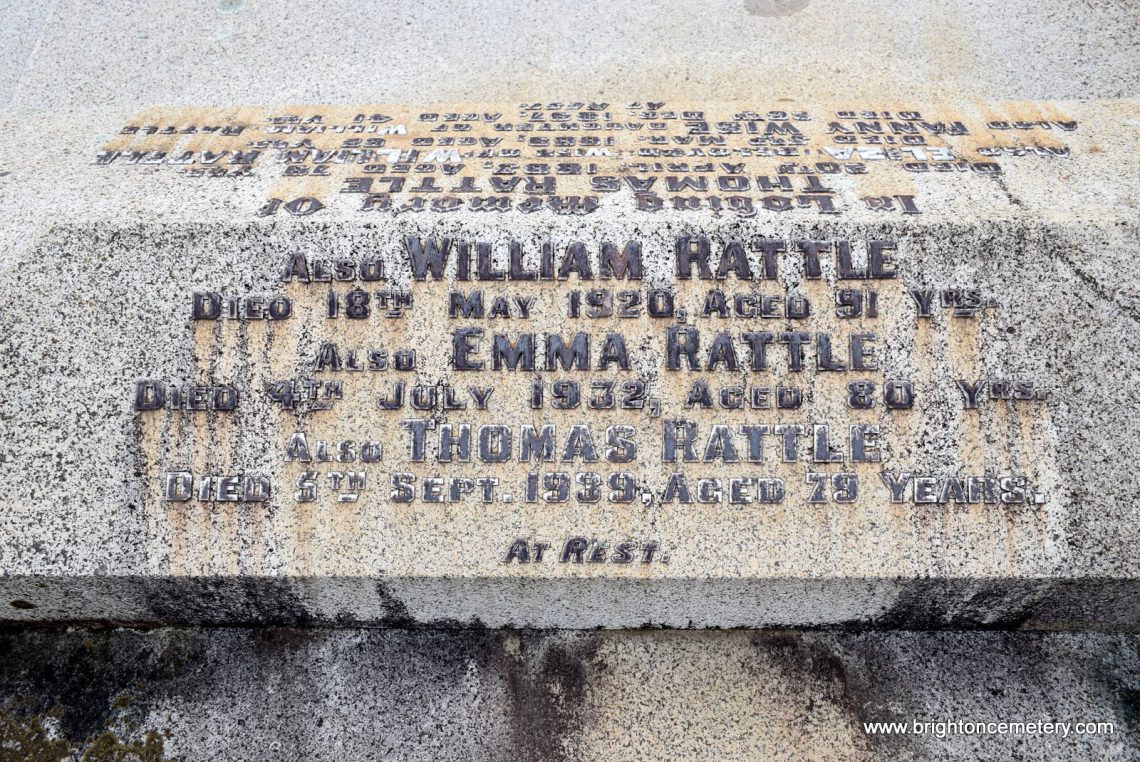 Believed to have been born in Somerset, England, Rattle was the son of Thomas Rattle (d 1883) and Mary née Hurley; his father and two sisters, Emma (d 1932) and Hannah were to migrate to Victoria after his mother’s death in 1860. William came to Victoria on the Palmyra arriving on 19 July 1848 working in various labouring jobs in Melbourne and Victoria as well as a stint on the goldfields but found carting goods to be more profitable. He later served as a juryman at one of the trials connected with the Eureka Stockade. In 1854 he married Eliza (Elizabeth) née Jones (d 1889), a native of County Cork, Ireland and they had a number of children; Fanny Wise née Rattle (d 1897) and Thomas (d 1939).