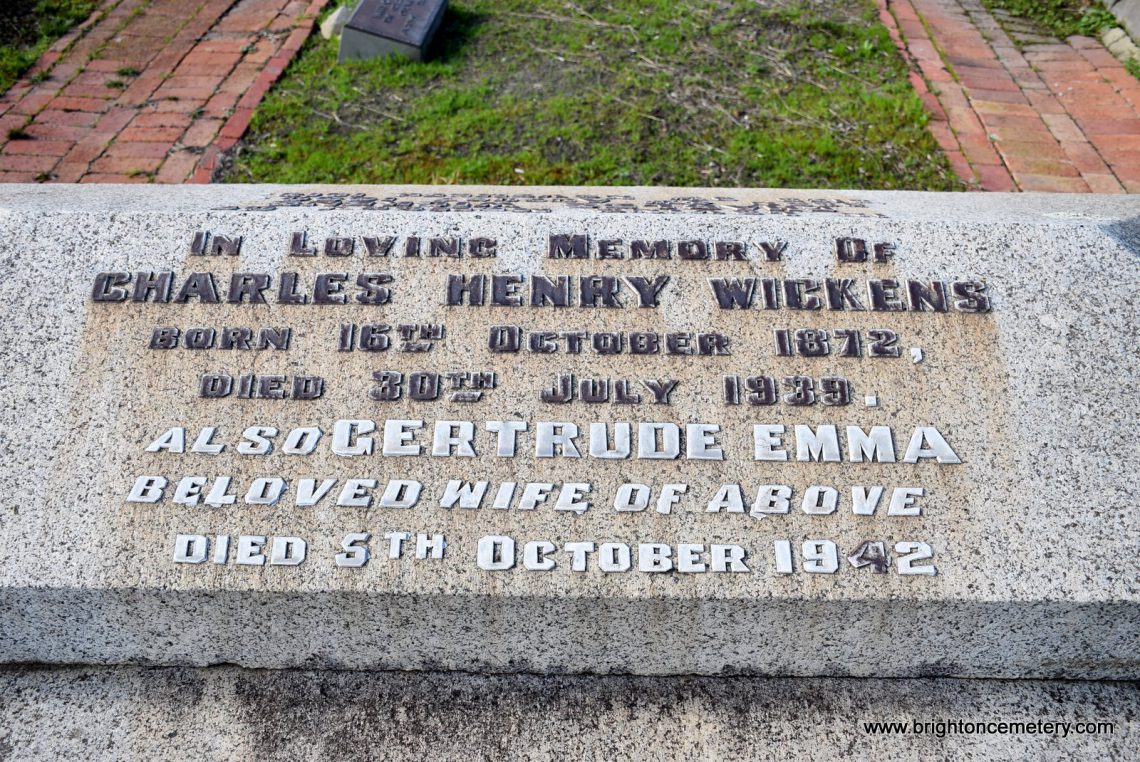 Born at Bendigo, Victoria on 16 October 1872 the son of Charles Wickens (d 1913), a farmer and Margaret née Quinn. Having qualified through private study as an associate of the Institute of Actuaries (1896) he went to Western Australia and was appointed temporary assistant clerk the following year; he later established his name as the complier of the first life tables in Australia (1905) based on the available census data as assistant compiler and departmental actuary. By 1906 his name was recognised Australia-wide at the first State/Commonwealth conference for Statisticians through his publication on collection and analysis of mortality and population data; he was awarded the Messenger prize by the London Institute of Actuaries for an essay on the collection and analysis of mortality and population data.

As Australia’s foremost statistician and actuary, in late 1906 Wickens was appointed assistant to (Sir) George Knibbs (1858-1929) in the newly established Commonwealth Bureau of Census and Statistics; Wickens oversaw the compilation of the first census in 1911 as well as 1915 and 1921. He compiled ten year tables for life statistics which was used as a comparison with the States; the 1900-10 report concluded that since 1890 the life expectancy had increased.

In August 1922, Wickens succeeded Knibbs as chief Commonwealth Statistician (1922-31) a position he held until he was invalided from the public service in 1932 after suffering a stroke the previous year; he ushered in greater co-operation with the States and uniform methods of data compilation. With the onset of the Great Depression in the late 1920s, Wickens oversaw an increased demand for statistics, particularly data on international trends on trade as well as domestic finance. He played a major role advising the Bruce, Scullin, Lyons and Page governments during the financial crisis.