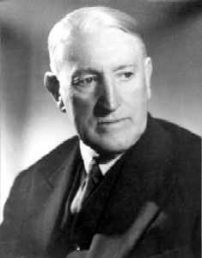 Born on 13 March 1882 at Carr’s Plains, near Stawell, Victoria the seventh of nine children to Holford Highlord Wettenhall (1840-1920, Stawell Cemetery) and Mary née Dennis (1846-1917) and younger brother of Marcus (q.v.). After his education at Geelong College and Ormond College, University of Melbourne (MB, BS, 1906) he spent a period as resident at Hobart Hospital, Tasmania; until his retirement in 1959 his medical practice was exclusively in dermatology where his major interests “were related to radium and superficial X-ray therapy which he used for a wide range of conditions”. During the Great War he joined the (British) Royal Army Medical Corps (1914-16) serving on the hospital ship Panama in Malta and later in France with the 9th Royal Munster Fusiliers returning to Australia in March 1916; he transferred to the Australian Army Medical Corps for the duration of the war until his discharge in 1919 with the rank of Major.

For many years Wettenhall was honorary consultant to the Melbourne Hospital (1922-42) and was a foundation fellow of the Royal Australasian College of Physicians (1938) and Australian College of Dermatology (1948). “Friendly, philanthropic and generous with his knowledge he could appear autocratic”, for many years he became a respected figure in Victoria’s historical circles, as foundation president of the Genealogical Society of Victoria (1941-49) and president of the Royal Historical Society of Victoria (1952-55); with the noted author Bob Croll (1869-1947) he co-wrote “Dr Alexander Thomson: a pioneer of Melbourne and founder of Geelong” (1937).

Residing at Aberfeldie – 577 Toorak Road, Toorak, Wettenhall died on 21 July 1965 survived by two sons of his marriage to Jane neé Creswick (1884-1928); Henry (q.v.) became a noted paediatrician and ornithologist. In June 1925, Wettenhall donated £0-10-0 to The Gordon Memorial Committee for the erection of the statue of Adam Lindsay Gordon (q.v.).

(Image reproduced with permission of The Genealogical Society of Victoria Inc)