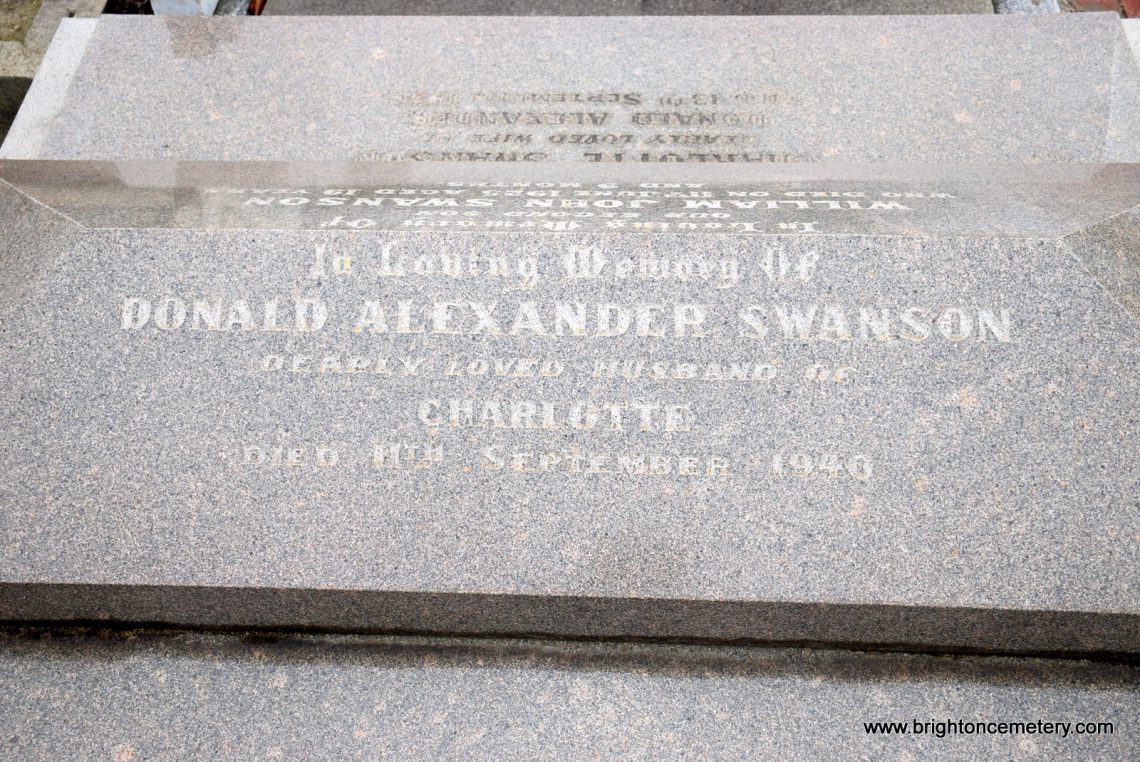 With his younger brother (Sir) John (St. Kilda Cemetery), Donald became the driving force in the business founded by their father William (d 1892) – “Swanson Bros”. Born at Bendigo, Victoria on 20 December 1859 and educated at St. Paul’s Grammar School, Donald took over the company on his father’s retirement in 1889; until 1983 the firm was to remain a family business.

The depression of the 1890s led Donald to seek work interstate until favourable conditions allowed his return; the firm then went on to become one of the leading builders of its era responsible for the construction of many notable Melbourne buildings, including the City Baths, Swanston Street (1903) (“Italianate in style with red and cream brickwork”); the former Magistrates Court, corner Russell and LaTrobe Streets (1911) (“a massive stone structure in Norman style”); Scotch College, Hawthorn; various buildings at the University of Melbourne; the Scots Church Assembly Hall, Collins Street (1915) on Collins Street; and in controversial circumstances over “Monash (q.v.) & Anderson”, the concrete dome of the State Library of Victoria, Swanston Street (1911) – at the time the largest of its kind in the world. Donald was considered the manager and driving force of the operations while Sir John as Lord Mayor of Melbourne (1920-23) took on the public role; after Sir John’s death in 1924 Donald continued even though totally blind after 1931. Both brothers would serve as presidents of the Master Builders’ Association and the Federation of Master Builders of Australia.