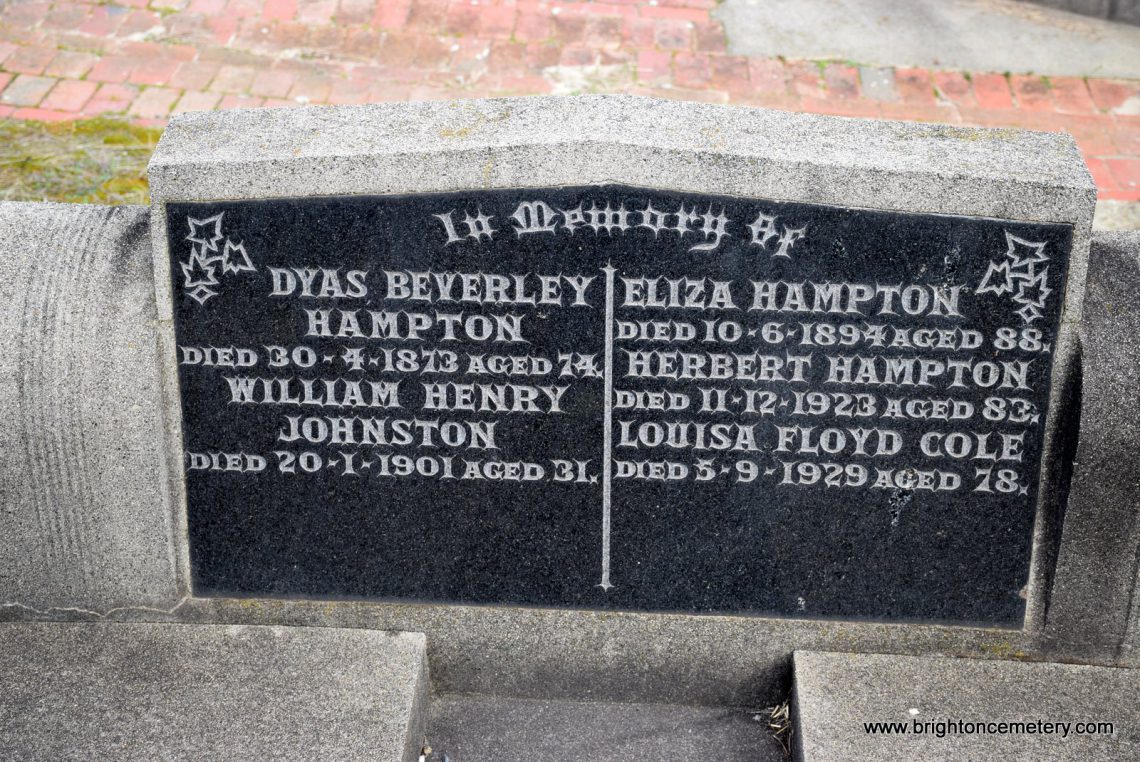 Dyas and Eliza Hampton were nominated by Henry Dendy (Walhalla Cemetery), who in addition to a special survey of 5,120 acres of land granted in 1840, was entitled to free passage to the colony of “a number of persons of the labouring class” provided that they were all certified by “respectable householders” to be of “good character”. The Hampton family was one of the those nominated by Dendy’s agents in England and they sailed on board the Earl of Durham arriving in Port Phillip on 18 June 1842; they arrived only to find Dendy financially ruined. Hampton followed his previous occupation as a sawyer and later as a market gardener having purchased eight acres of land between Cluden Street and Centre Road, Brighton which had a frontage of 441 feet to Hampton Street.

Hampton died intestate on 30 April 1873 aged 74 years and was buried three days later, his cause of death listed as old age and paralysis.