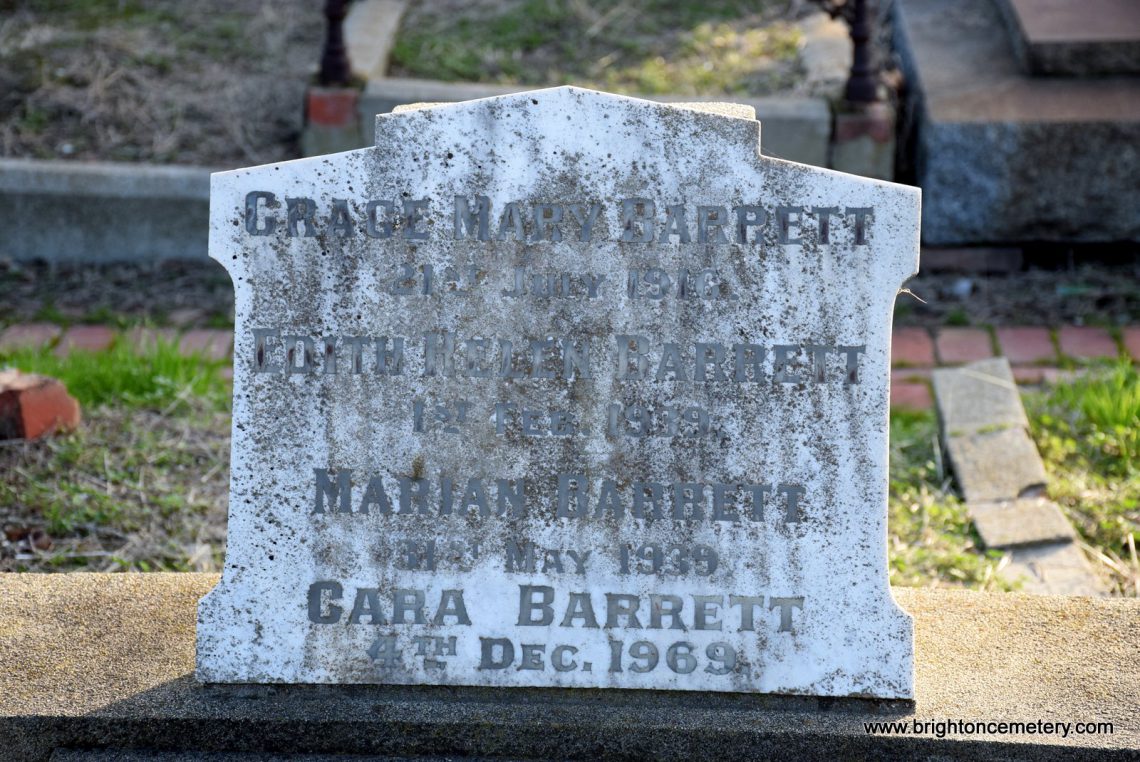 Born on 29 October 1872 at Emerald Hill (South Melbourne), eighth child of James Barrett and Catherine née Edkins and educated at South Melbourne College; Barrett matriculated in 1888 before entering Melbourne University (MB, 1901; MD, 1907). Both her father and four brothers were also doctors, the most prominent being (Sir) James (Melbourne General Cemetery) who was described somewhat critically as “dogmatic and ruthless…not only an unpopular man but also a widely ridiculed one”.

Barrett’s medical career included a stint as resident medical officer at the Melbourne Hospital (1901-04) and on the honorary medical staff at the Queen Victoria Hospital (1904-34); her private general practice was unexceptional allowing her to devote her energies to advancing the medical and social conditions of poorer women and children. Described as “intelligent and sensitive”, Barrett’s greatest achievement was the foundation of the Bush Nursing Association of Victoria in 1910, which had a profound effect on advancing rural heath, but her role was largely overshadowed by her brother; by 1945, the BNA had some 67 hospitals and 15 nursing centres. She served as honorary secretary from 1914 to 1920 and honorary assistant secretary from 1920 to 1935 upon James’ return from active service. Barrett was also active with the Australian Red Cross, the National Council of Women in Victoria and the Victorian Women’s Medical Association; for her war work she received both the OBE and CBE in 1918.

For all her indefatigable work, only the National Council of Women paid tribute after her death on 1 February 1939, aged 66 years old.