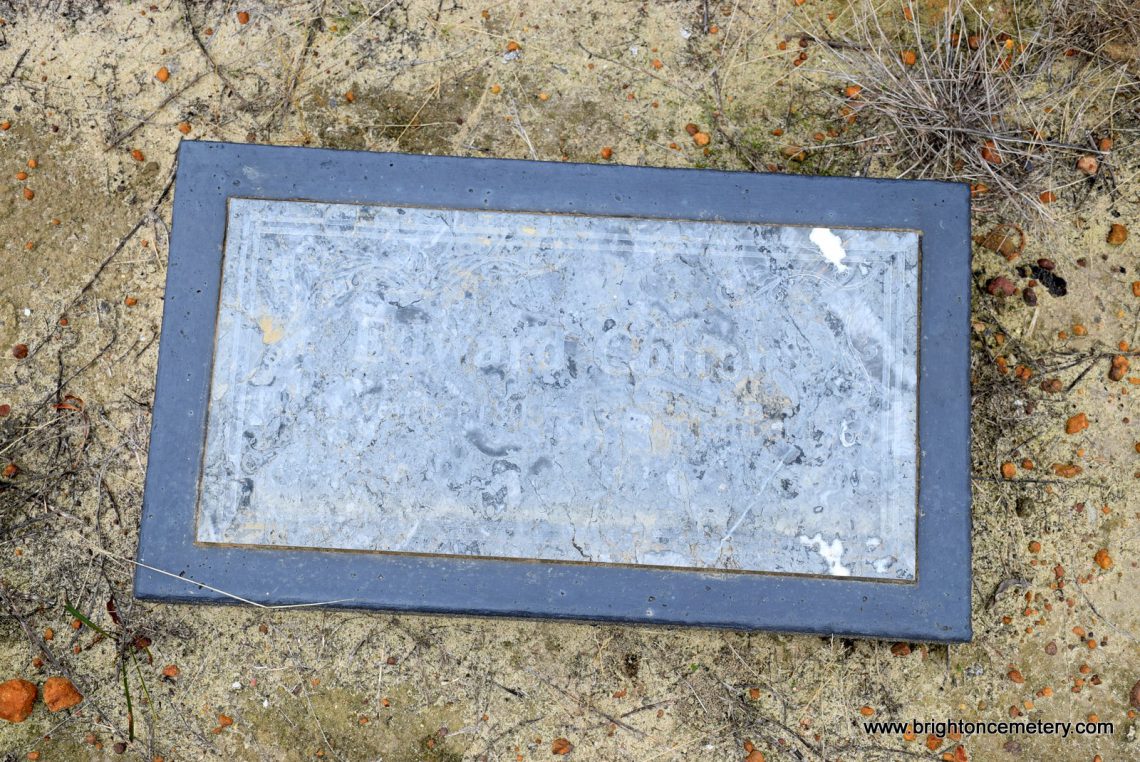 Edward Cotton was born at Balham Hill – Clapham, London in 1803, the last of six children and later educated at Crediton Grammar School, Richmond and Oxford University receiving a classical education befitting a lad destined to live the life of an English gentleman. While living in France, he married Adele Cornelie née Benoist in 1828; their two children did not survive childhood.

In March 1842, Cotton and his wife migrated on board the Eagle as unassisted passengers to the Port Phillip district (“he was not meeting his expenses in France”) and were accepted into colonial society; they were followed a few months later by Cotton’s brother John (d 1849) and large family. The decision to migrate was a disaster. Unsuited as a pastoralist, they lived a shadow of their former selves experiencing a gradual slide into near poverty. The first disaster was to purchase – with limited capital – a licence for a run of 14,720 acres near Yea on the banks of the Goulburn River (“the first substantial residence in the Goulburn district”); it did not help that the colony was experiencing a severe economic depression at the time. Thanks largely to the open handed generosity of his brother John, Edward was able to avoid insolvency for six years (1842-48), though the relationship between the two became strained. In June 1848, Cotton sold Balham Hill intending to buy a cattle run; the station at Western Port proved another disaster (“cattle he had bought in good faith proved to be stolen”) and they were forced to live on the generosity of a nearby friend at Little Red Bluff. Near poverty (“all our clothes are nearly worn out, my poor wife has scarcely a dress”) having sold all their last possessions to repay money owed, Cotton sought the path of other failed squatters – a position with the Civil Service. In July 1851, he was appointed to the position of Registrar (Chief Clerk) of the County Court (1851-60) “through the good offices of La Trobe” (“a good friend”) on a salary of £250 per annum later rising to £600; for a brief period he was also appointed Sergeant-at-Arms.

Cotton’s death from drowning on 12 September 1860 near Pic-nic Point, Moorabbin was overshadowed by “extravagance and financial mismanagement” that led to his suspension the week before his sudden demise. His estate was valued at £1,000.