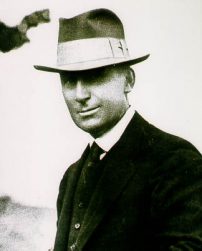 Born on 17 April 1880 at a sheep station on the King River near Wangaratta, Victoria, the son of Henry Connolly and Elizabeth née Bould; the family settled in Melbourne in the 1890s where Connolly inherited his love of the turf through his father, a keen horse trainer.

One of his early successes – and a life long favourite – was with The General a sprinter who Connolly trained as a jumper and went on to win the Grand National Steeplechase in 1904. Connolly was no ordinary man. With the motto “money lost – nothing lost, courage lost – everything lost”, he possessed an extraordinary astute racing mind and with a sharp eye for horses, he proved to be a fearless punter who championed the surprise plunge bet; at the age of fifteen he sold his pony for £8 and backing nearly the entire Flemington programme collected £700. As a horse trainer, his successes were many and varied: Celerity a magnificent sprinter in the Oakleigh Plate (1910); Sea Prince in the Williamstown Cup (1913); Murillo in the 2,600m Metropolitan Handicap (1927) and what he considered as the toughest race the Newmarket Handicap with Rostrum (1922) and Sunburst (1923) where he netted £100,000 in bets.

But it was Connolly’s shrewdness as a planner backed by his fearlessness in the betting ring that brought off one of the most audacious feats in turf history – control of Nightmarch. Having attempted to buy the champion New Zealand stayer from the owner/trainer A Louisson for £10,000, Connolly instead became the “campaign manager” in an extraordinary 1929 season on the turf. He backed the horse in the Epsom (£50,000), against him in the Metropolitan won by Loquacious, and of all decisions to win over the mighty Phar Lap in the Melbourne Cup (£180,000) on odds of 6-1 having heard from his close friend, the jockey Jim Pike that Phar Lap was difficult to restrain in the Victorian Derby.

“Brown-haired, blue-eyed and purse-lipped… (he was a) fastidious and conservative dresser, reserved, quietly spoken”, the following year Connolly teamed up with Dave Davis, the American co-owner of Phar Lap to mastermind the infamous Melbourne-Caulfield Cup betting scandal winning over £200,000; countless bookmakers all over Australia went broke and many still remember it as one of the calamitous results in the history of Australian racing. Not surprisingly, the bookmakers feared Connolly; his tips were followed by many eager punters and a new Australian idiom was born – “the luck of Eric Connolly”.