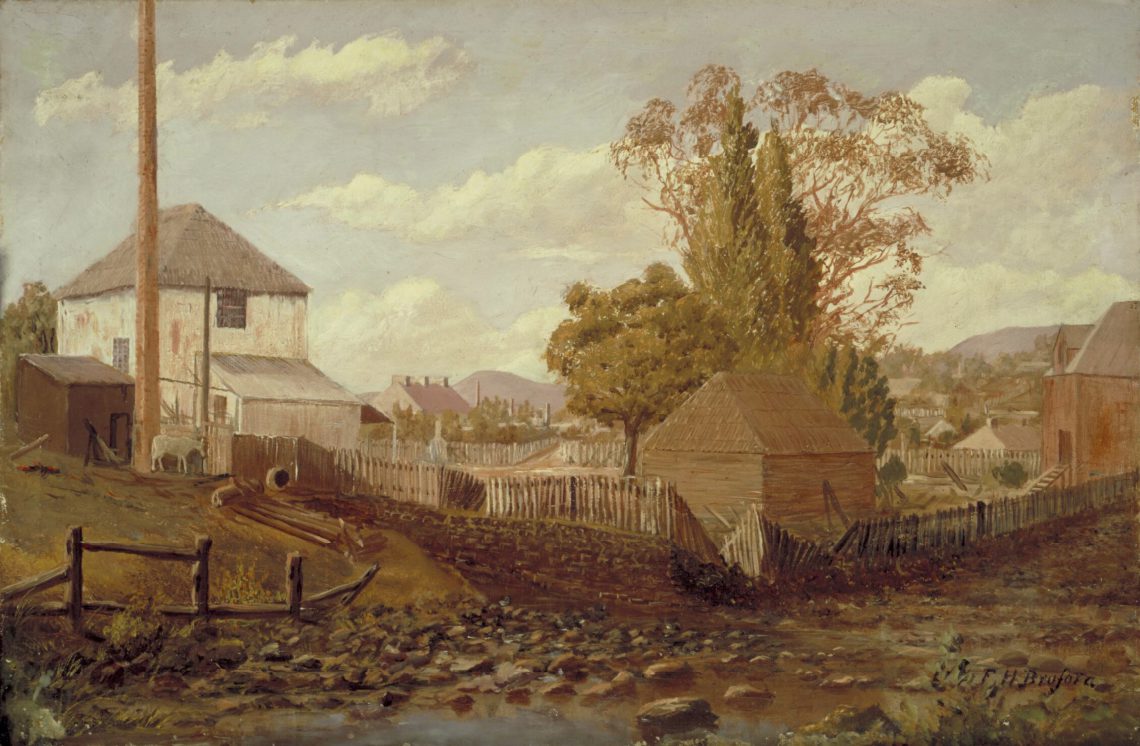 Born at Hobart, Tasmania on 28 January 1846 one of eight children of Alexander Bruford (1800-61) and Eliza Harris née Jacquemain (1814-76).  After his education at Geelong Grammar School (1858-59), Bruford joined the Customs Department (1865-95) beginning a lifelong career with the Victorian public service. Thirty years later he had risen to the position of Deputy Commissioner of Taxes (1895-1911) and was prominent in the financial aspects of Federation and served on various Boards and Commissions.

In June 1903, Bruford was appointed chairman of the royal commission “to report on and classify the public service of Western Australia”. He later succeeded James Reid as Auditor-General of Victoria (1903-19), and as an amateur painter of some merit was a life member and president of the Victorian Artists’ Society (1910-11); one such painting “Bridge at Seymour, Victoria” (1883) (“the foreground road and bridge lead the observer’s eye through the naturalistically rendered gum trees towards the distant mountains”) was compared with the works of Louis Buvelot (1814-88, Boroondara Cemetery) for the “use of pale lighting and warm green and brown tones”.

(Artwork Old mill at Hobart by permission of the National Library of Australia, nla.pic-an2310301)