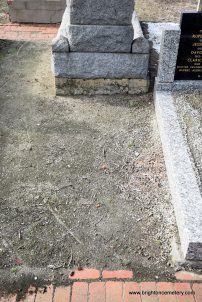 Born in Scotland, Grace died on 12 October 1921 aged 87 years while residing at Glenhuntly and was buried in an unmarked plot the following day.