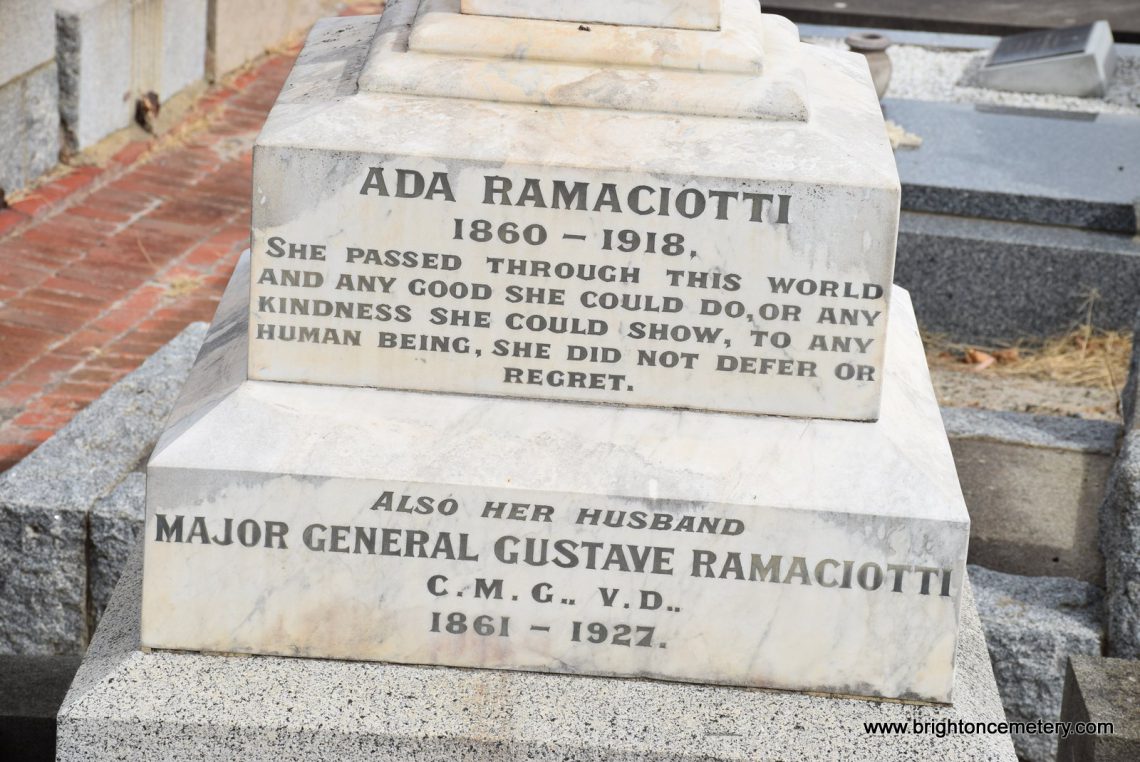 Born in Livorno, Italy on 13 March 1861 the son of Angiolo Ramaciotti a coachman and Cleofe née Corti; he migrated to Queensland in his early teens and joined the Rockhampton Volunteers in 1878. Two years later he was naturalised. Moving to Sydney and without any education in law, he became a law clerk for the well-known firm “Minter, Simpson & Co”. In 1904 with Sir George Tallis (1869-1948) they formed a partnership with the prominent American theatrical entrepreneur JC Williamson (1845-1913), a period that proved profitable for Ramaciotti. He sold his share in the firm in 1911 just after the company “JC Williamson Ltd” was floated serving as managing director and with the proceeds purchased the Theatre Royal, Sydney for £15,000.

It was around this time that Ramaciotti was believed to have commanded a detachment to the coronation of King George V on 22 June 1911. Attached for a period with the Royal Dublin Fusiliers at Aldershot, he also spent a period with the Italian Army before the commencement of hostilities with Turkey serving with headquarters; he wrote of his experiences in “Tripoli, a narrative of the principal engagements of the Italian-Turkish War during the period 23 October 1911 to 15 June 1912” (1912). With the New South Wales armed forces, Ramaciotti held a number of appointments, his first in 1890 as 2nd Lieutenant with the 2nd Infantry Regiment. Promoted in 1909 to Lieutenant-Colonel in command of the 1st Battalion, 2nd Australian Infantry Regiment, after his absence overseas, he was given command of the 24th Infantry (2nd Sydney Battalion).

Initially given charge of the 11th Infantry Brigade, age and poor health conspired against an overseas posting during World War I and in November 1915 he became Military Commandant of New South Wales. His final appointment was in 1917 – the year he was appointed CMG – as Inspector-General of Administration with the Defence Department in Melbourne. Ramaciotti retired in March 1920 with the honorary rank of major-general and returned to Italy.

In 1927, during a trip to Australia, he became ill with dental sepsis and later died at Mount St. Evin’s Hospital. His estate was valued at £91,485.