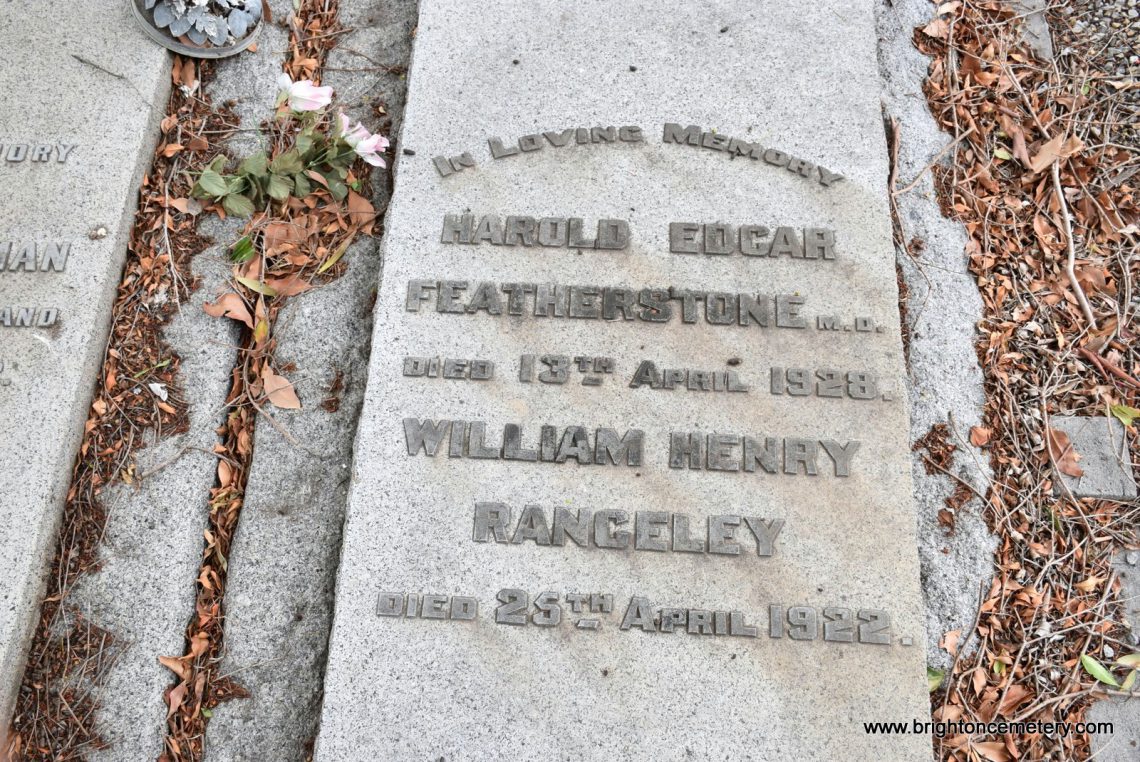 The Argus obituary of 14 April 1928 notes the death of Dr Featherstone, veteran of the Great War and a former president of the Returned Soldiers’ Club at his residence. Described as “large-hearted and generous, he was the friend as well as the medical adviser of every digger placed under his care” during his six years as superintendent of Caulfield Military Hospital and senior medical officer for Victoria of the Repatriation department. The Herald added that “one returned soldier said…his sympathies enabled him to see the AIF viewpoint as distinct from the departmental one”.

A large number of former soldiers attended his funeral officiated by Canon Langley. He was believed to have enlisted with the Australian Army Medical Corps on 20 September 1917 with the rank of captain.