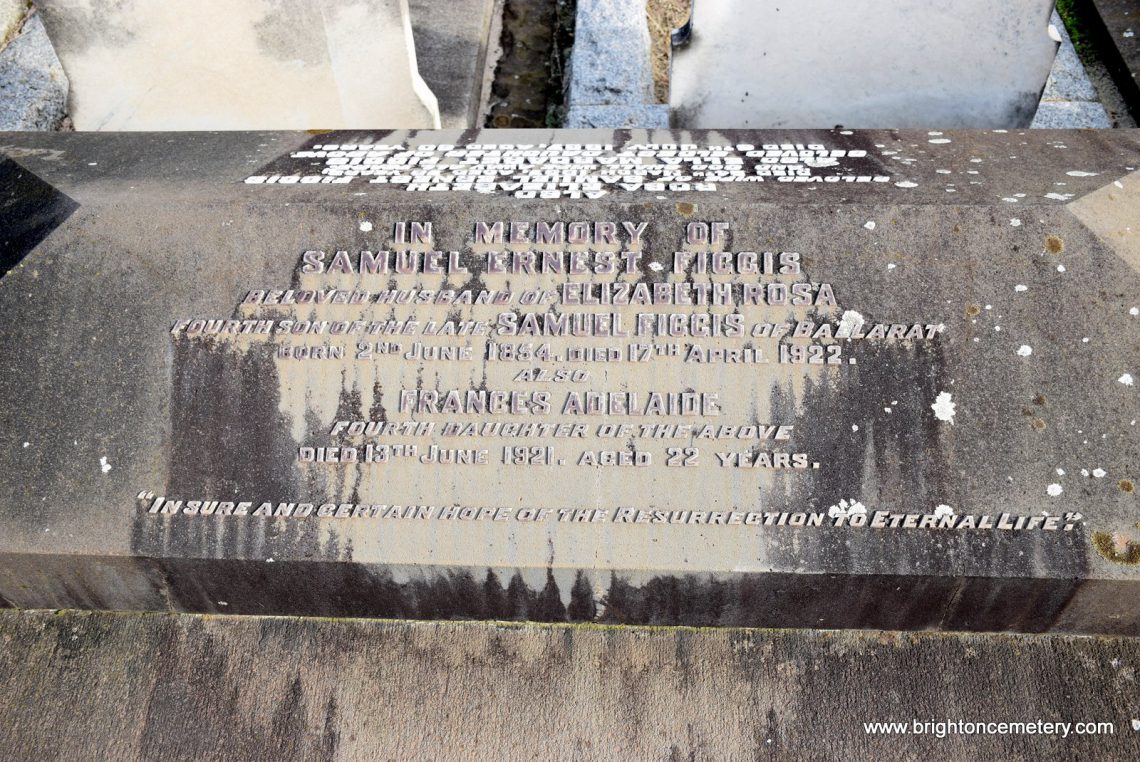 Figgis’s claim to fame was in the sporting arena, where in a cricket match played in January 1880, he took twelve wickets for 124 runs playing for Victoria who defeated the national team playing its first ever match which included the legendary Frederick ‘Demon’ Spofforth (1853-1926); for his efforts he was “presented with the ball, mounted and inscribed”. In his first year of bowls, he won the Ballarat championship. The Argus noted that Figgis was “for many years…a leading figure in the church, social, educational and sporting life at Ballarat” serving forty years as a gas engineer that included seven years as managing director of the “Colonial Gas Association” and was associated with the Ballarat School of Mines for two decades “and was one of its first students to pass in chemistry and metallurgy”.