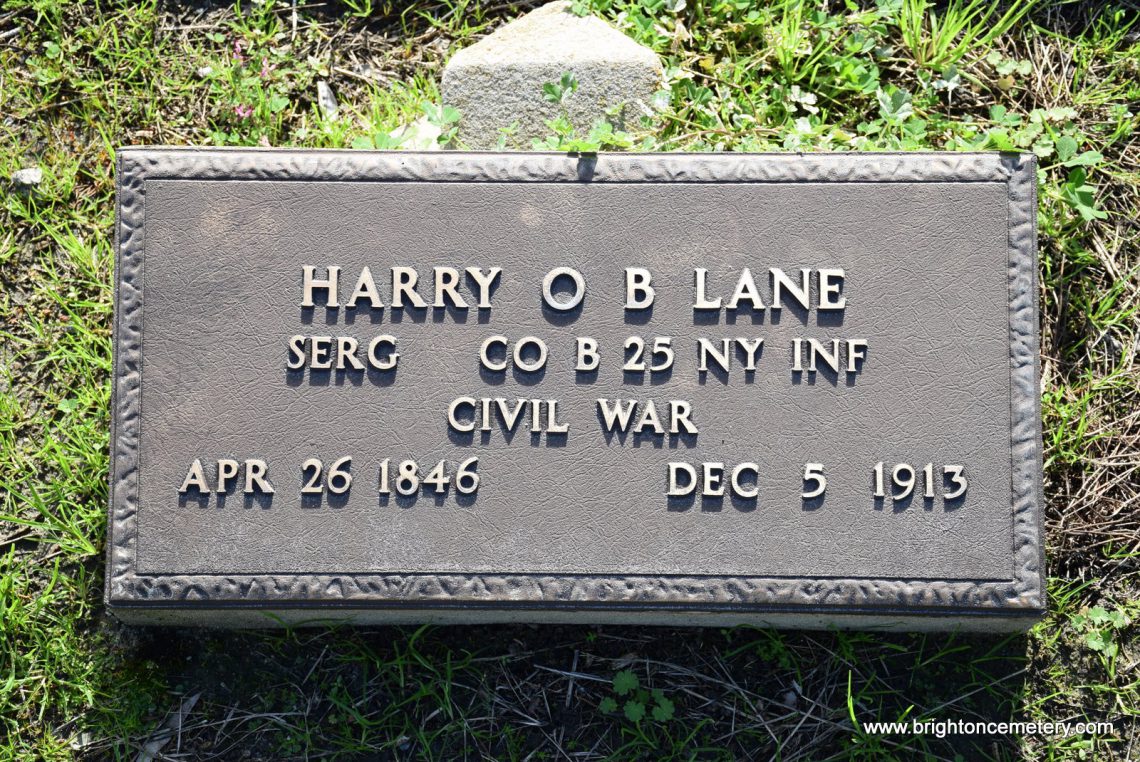 Buried in this inconspicuous plot is a veteran of the American Civil War (1862-65), described by the author Geoffrey Blainey as “the deadliest war of the century”.

Born at Naas, County Kildare, Ireland on 26 April 1846, he enlisted at Rikers Island, New York City in January 1864 and the following month assigned as a private to ‘B’ Company, 25th New York Calvary. He received a severe leg injury during the Battle of Luray on 24 September 1864 September when at the end of the engagement his horse failed to jump a fence while charging the enemy and landed on Lane who suffered torn ligaments to his left knee. Despite the injury, he was said to have taken part in every subsequent battle, in spite of the intense pain that impaired him for the rest of his life. Promoted sergeant in May 1865, his war service ended with that of the unit at Harts Island, New York Harbour the following month. Described as “6’2′ tall, grey eyes, brown hair and ruddy complexion”, after the war, he lived for a period in Great Britain and Ireland before migrating to Australia spending a time in Western Australia and Victoria where settled, residing for a time at Brighton Beach, Melbourne.

He died from cancer of the stomach and heart failure on 5 December 1913 while residing at the Prince of Wales Hotel in St. Kilda and is one of approximately 35 Civil War veterans interred in Victoria, the most senior believed to be Major James Campbell (Boroondara Cemetery) of the 10th New York Heavy Artillery. In 1882 he married Blanche née Crisp but later separated; they had two children.