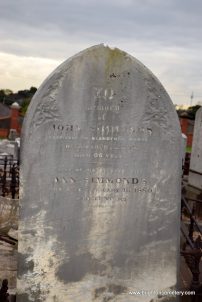 Blandford (Forum) in Dorsetshire is today acknowledged as one of the best preserved Georgian market towns in England, having been rebuilt in 1732 by an Act of Parliament after a fire all but destroyed the town. Enhanced by a substantial bridge of six arches over the River Stour, the 1849 Post Office directory of Dorsetshire describes Blandford as follows:

“The streets are regularly formed, well paved, and lighted with gas, the houses modern, and uniformly built of brick, and the inhabitants plentifully supplied with water…Behind the town-hall a neat and commodious market-place has been recently erected, which is a great accommodation to the inhabitants, the market having been formerly held in the open street”.

But the county of Dorsetshire and Blandford in particular was far from a prosperous thriving place. In 1846, a member of the House of Commons contended “that the distress existing in the county of Dorset rivalled that of Ireland”, an assertion which elicited a strong reaction. What followed was a series of investigative reports into the living conditions of Dorsetshire by a correspondent of The Times. It was a sobering picture indeed. The typical agriculture labourer was paid 7s to 9s a week of which 1s went to rent and the rest to purchase “grist” from his master to feed a large family “…often crowded to such a degree that everything like decency must necessarily be entirely disregarded…” in a house where “..it is by no means an uncommon thing for the whole family to sleep in the same room, without the slightest regard to age or sex, and without a curtain or the slightest attempt at separation between beds”. The correspondent provided a graphic description of the severe shortage of adequate housing:

“In the back streets of Blandford…there are living at this present time as many as 90 labouring families, who have been driven into the town by reason of the impossibility of procuring dwellings in the country”.

Over the next six years, there was little change to the appalling conditions of Dorsetshire, conditions which were likely to have affected the family of John Simmonds (1793-1860). If man is given half a chance to improve the conditions of his family, he will take a gamble and trust Providence in search of a better future. For an articulate man as Simmonds, a builder of Salisbury Street, Blandford, news of the attractive prospects coming from America and Australia was to provide a window of opportunity for a better life. And so it was that the family decided to migrate to Australia. Arriving in Victoria as unassisted immigrants in November 1852 on the Lady Eveline with his family of ten were his wife Ann nèe Pond (45) whom he married on 9 May 1827 and children John jnr (24), Emma (21), Sarah (20), William (19), Charles (15), Samuel (13), Edward (11), Lydia (10) and Lucy (5). Four children born before 1852 had all died. (Also travelling on same ship were Thomas (26) and Harvey (22) Simmonds, but it is not known if they were related).

It would be difficult to fathom a man in his mid-50s with a large family even considering heading for the goldfields to take part in the great golden harvest. Perhaps John junr tried his luck, or did family loyalty come first? But if ever there was a place in the vicinity of Melbourne that was least affected by the upheaval caused by the rush to be rich, it was the seaside town of Brighton. And so it was that John senr lost no time in constructing a small house in St. Andrews Street, Brighton which was followed later by a larger home in William Street. As a skilled builder and stone mason, Simmonds would have been in demand at a time when money was plentiful and such skills were in shortage – a far cry from life in Dorsetshire.

Just a few years after arriving, John snr was a respected civic leader in the district who would later become Deputy Register of Births and Deaths for the Brighton District. On 29 May 1854, a public meeting was held at the Little Brighton Hotel to elect Trustees for the “Elsternwick New Cemetery” after 29 acres of land to the north of Dendy’s Special Survey had been set aside by the Government the previous year. Simmonds was nominated to represent the Independent/Congregational denomination and at the first meeting of the Trust held on 13 September, he was appointed to fulfil the position of Secretary. Salary was fixed at £200 per annum “with an additional 2½ per cent on all outlays connected with the Cemetery as Surveyor to the Trust”. In the days when the terms ‘touting’ and ‘conflict of interest’ were unheard of, John Simmonds jnr was a monumental mason with the firm of “Huxley and Parker” as early as 1856 and later in partnership with “Marsh, Grout & Co” before establishing his own firm “J Simmonds”. It was an occupation that John jnr would continue until at least his mother’s death on 16 February 1880 before moving to Queensland.

For the first two years, Simmonds senr was to play a significant role “…in dealing with the tortoise-like officialdom of the Colonial Office” overburdened with the ever increasing problems associated with the gold rush. In difficult circumstances Simmonds was able to procure a total of £600 towards establishing the cemetery and at one stage had to resort to political lobbying. That Simmonds was to accept a reduction in salary of £50 on two occasions (June 1855 and May 1856) is a measure of his commitment to see the cemetery through a difficult period.

John Simmonds died on 11 March 1860 from senile marasmus aged 66 a much loved family man and respected citizen of the locality. With the passing of time, it’s often easy to overlook the significance of the events of 150 years ago and the role played by one man.