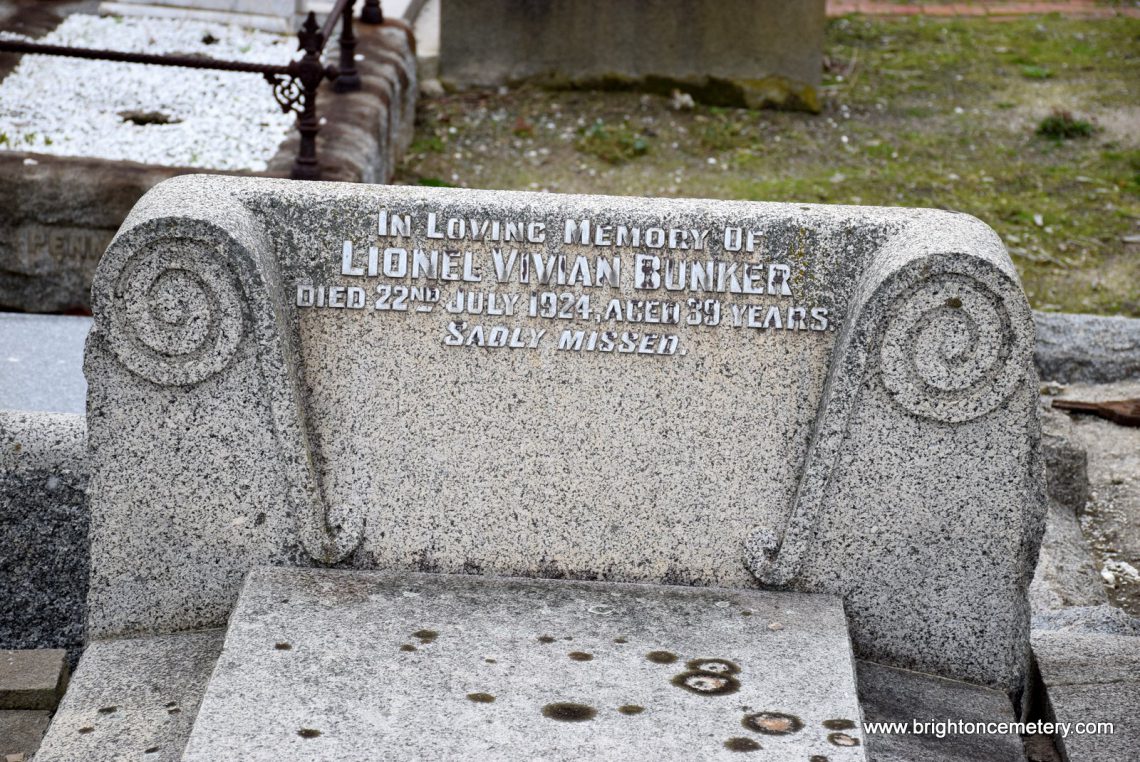 Little information is available on Lionel Bunker who was born on 22 May 1885 at Carlton, Melbourne the second son of Robert Bunker (1859-1935, Warringal Cemetery), police superintendent and Amelia née O’Brien (d 1944). In 1909, Bunker joined the Victorian Police Force, and after ten years’ service with the uniformed police at the Malvern station, he transferred to the Criminal Investigation Branch (CIB) at Russell Street and “was regarded as one of the most capable of the younger detectives” serving for further six years “during which time he assisted in the tracing and conviction of many criminals”; his father was for many years chief of the Victorian detective police who was also involved in the hunt for the notorious Kelly Gang.

Bunker died at Epworth private hospital in Richmond on 22 July 1924 after an illness lasting six months, survived by his wife Irene née Bishop and three children.