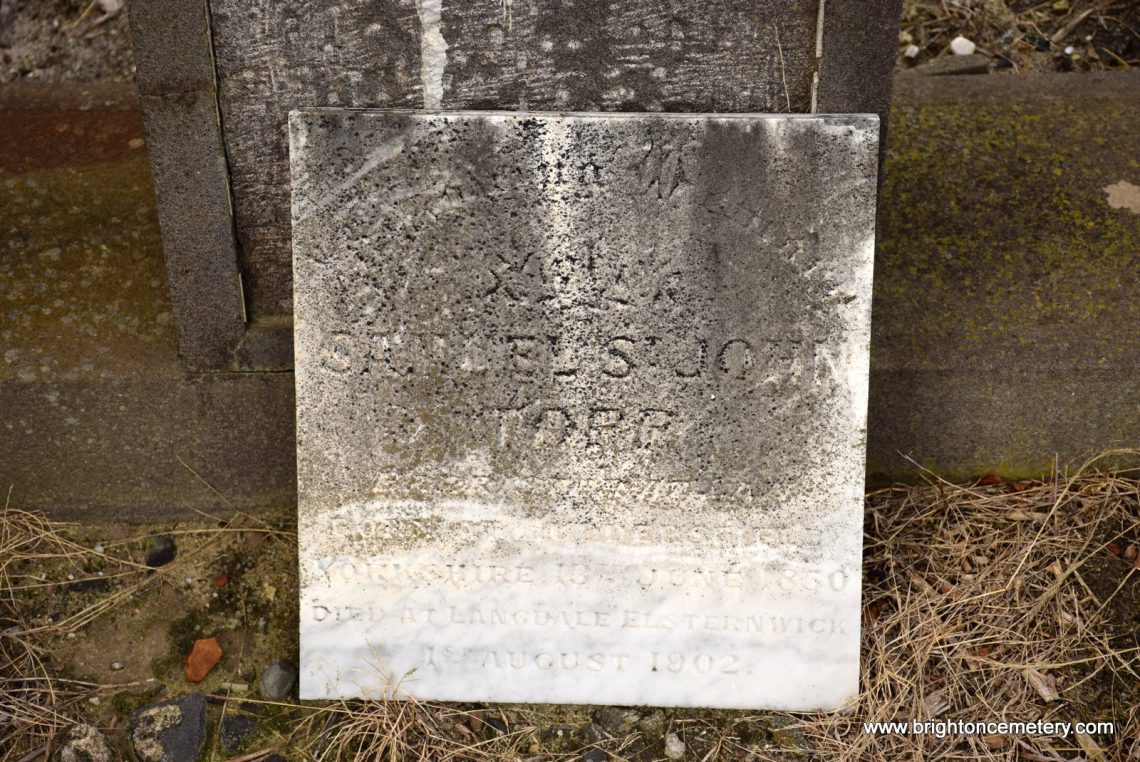 Born on 13 June 1850 at Huddersfield, Yorkshire, England the youngest son of Samuel Topp, a wool-importer and Sarah née Clapham; Topp’s two elder brothers were Arthur Maning (St. Kilda Cemetery), a journalist with The Argus and Australasian, and Charles Alfred (Boroondara Cemetery) who had a distinguished career as an educationist and civil servant. Before migrating to Melbourne in 1861 some three years after his family, young Topp attended Kind Edward’s School, Birmingham later continuing at Church of England Boys’ Grammar School, Melbourne (1862-65); forced to leave school early, he worked as a legal clerk with (Justice) George Webb (Melbourne General Cemetery) and studied at night to attain his matriculation before entering Melbourne University (LL.B, 1877; BA, 1878). He was admitted to the Bar on 13 September 1877.

Topp had a brilliant career as a leading Equity barrister. His most successful case was the famed Oriental Banking Corporation (1884) before Justice (Sir Robert) Molesworth (Boroondara Cemetery); a winding-up order had been obtained in England but it had never been tested whether such an order was valid in the colony. Of vital importance was the question whether the colonial courts could act independently of the decision already arrived at by the English court on the same issue; Topp appeared in support of the application and won in a long and gruelling case. In the Bell vs Clarke case (1886) that lasted for some 21 days, £1,000,000 was at stake leading to the retirement of Justice Molesworth from the Bench before he stood in judgement (“How long am I to be tortured by this case?”). Renowned for his “slightly audacious” court manner, witty speech and outspoken views on social issues, Table Talk noted that;

“like all successful Equity men, Topp does not aspire to be an orator. He does not possess the forensic ability of Mr [James] Purves (1843-1910), or the calm and dignified power of Dr [Sir John] Madden (Melbourne General Cemetery), nor are these qualities required in his particular branch of the profession…the successful man in Equity must be possessed of ‘staying’ powers; he must be able to talk for days on dry legal law”.