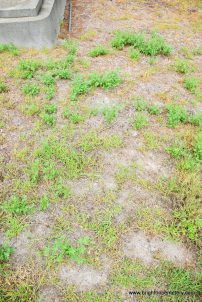 Last of the Bunurong Aboriginals

In a letter dated 1 September 1863, the Guardian of Aboriginals, William Thomas advised the Central Aboriginals Board that only eleven of the Bunurong tribe of natives remained. These were; Der-re-mut (Derrimut) (d 1864, Melbourne General Cemetery), Mon-gar-ra (“Mr Man”), Kan-Kan (“Adam Clarke”), Ta-ar-deet (“Peter”), Tal-ler-ul-gate Snr (“Tommy”), Tal-ler-ul-gate Jnr (“George”), Bur-dull-gu-ram (“Billy”), Yam-mer-book (“Big Jimmy”) (d 1877, Melbourne General Cemetery), Too-lumm (“Eliza”) (d 1877, Cheltenham Pioneer Cemetery), Pin-der-brig (“Betsy”) and Fresh Lubra (“Nancy”). In 1840, the population of the Bunurong tribe was estimated at 43 males and 29 females only for “disputation [with the Wurundjeri tribe], interruption to the birth cycle, dispersal, and probably death from disease introduced by European settlement all combined to bring havoc upon the Aboriginal population”. Known to Europeans as “George Watson”, Tal-ler-ul-gate Jnr’s death was the subject of a coronial inquiry before Samuel Candler when he was found dead near “Key’s Hotel” at Brighton on 27 August 1867; he was buried the following day in the public burial ground with the Cemetery’s Sexton, Levi Marsh acting as the official witness. The official coronial finding was congestion of the lungs based on the post mortem examination performed by the local doctor Edwyn Whittenbury who noted that “medical treatment would not have been of the slightest avail”. Eliza said on oath that:

“I was the ‘lubra’ of George Watson. He had been ill a long time very bad in the chest and side and belly. He was in the Melbourne Hospital in the winter. He has been out about 7 or 8 weeks. He was lying in his miami for three weeks. He had plenty food – eggs and meat and rice – people in Brighton gave them to me. I did not see Mr Thomas the Protector. He did not know George Watson was ill at Brighton. I had plenty of blankets got at Mordialloc. I got some physic for George. I told the police long time ago he was ill. The Police came and saw him then. I have not told the Police since. He would not go back to Hospital”.