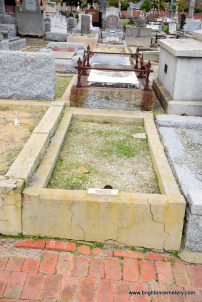 Born on 27 October 1873 at Prahran, Melbourne, the son of Henry Tate, accountant and Eliza née Mathews. He was educated at the local St. Kilda state school but it was while a choirboy at Christ Church, St. Kilda that Tate became interested in music and in 1895 he enrolled under the controversial George Marshall-Hall (q.v.) at the Conservatorium of Music, University of Melbourne. Tate was blessed with an extraordinary talent and never specialised in one particular area of the arts, for he did more than compose music.

As a poet he published “The rune of the Bunyip” (1910) and the posthumous “The poems of Henry Tate” (1928). His descriptive but critical music reviews with The Age (1924-26) allowed him to champion the cause of Australian music while arguing passionately for the inclusion of “indigenous inspiration” as a source in contemporary music. His sometime scientific approach to the idea saw him collect many Aboriginal songs and produced a pamphlet “Australian musical resources” (1917).

Collecting also extended to bird songs, and it was said he had amassed well over a hundred different varieties; while such songs were never lyrically composed in the vein of the French composer Olivier Messiaen in 1949, Tate nonetheless was the first to vision its future use. Among his compositions include “Dawn. An Australian Rhapsody for Full Orchestra” (1922) and “Bush Miniatures” (1925) for which Sir Bernard Heinze (q.v.) promoted. As a teacher, Tate gave many inspirational lectures to the Australian Institute of Arts and Literature for which he was a member. Many of his works were performed at the Institute including the sixteen-part piano cycle “The Australian” (1915). Tate found time to enjoy the game of chess for which he wrote for The Australasian (1914-15), The Leader (1912-15) and The Herald and Weekly Times (1913-14) newspapers, devised more than sixty original problems and was deft enough to represent Victoria.

Described as “a slight, cadaverous man with great luminous eyes”, Tate’s contribution was his intense interest in developing a unique Australian sound. He died on 6 June 1926 with an estate valued for probate at £41.