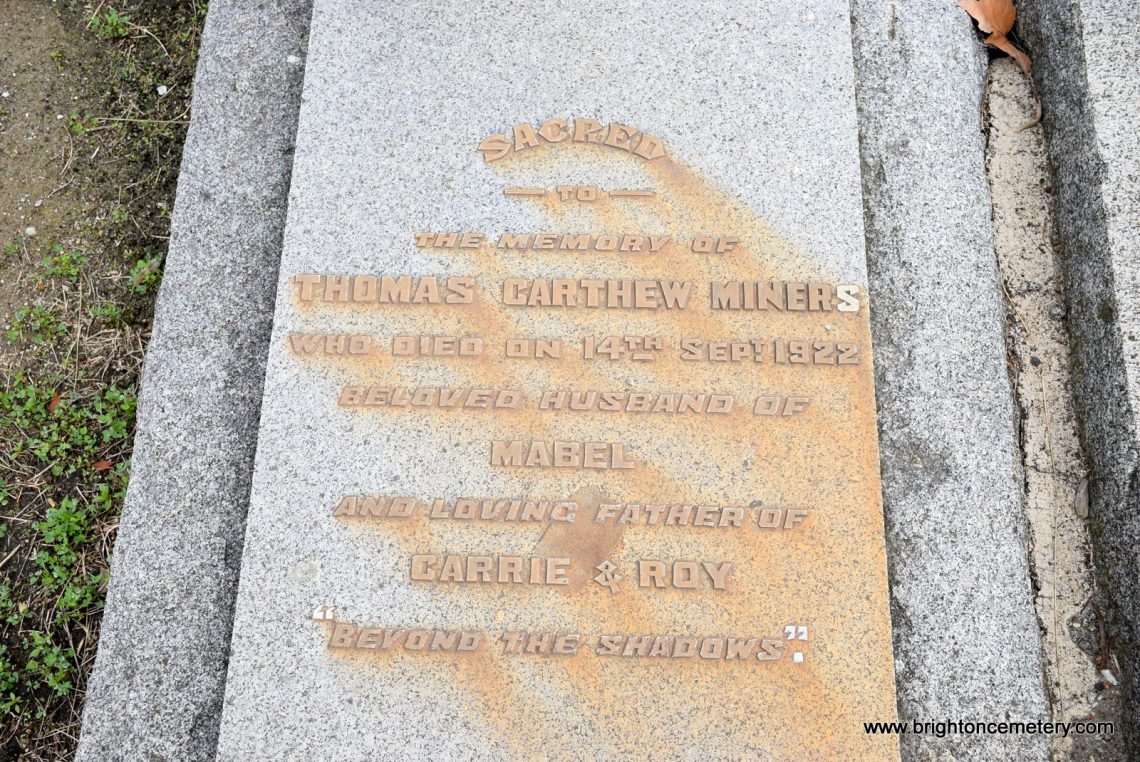 Born on 13 May 1860 at Buninyong, Victoria the son of English-born parents James Miners, mine manager and Catherine née Carthew.  Miners started out as a bookmaker at St. Arnaud and was later an auctioneer, government auditor and auctioneer at Maryborough (c1888-1913) as well a Borough Councillor (1901-13, president 1905-06).

Most extraordinary was his political career. On the death of the sitting member, EH Austin, Miners was elected in a by-election to the Legislative Council seat of Nelson Province in December 1909 while the house was in recess. He was then defeated by Theodore Beggs in May 1910 at the subsequent general election just before the house resumed business and thus never actually took his seat. On the campaign trial, Miners gave his views on various topics including land tax, electoral bill, railway extension, irrigation and water conservation, coal mining and government management. Miners then moved to Geelong (c1914-16) and later Hawksburn, Melbourne as a real estate agent. He was elected to the Prahran City Council (1919-22) but retired at the expiration of his term due to ill health.

Residing at Warilda – 25 Spring Street, Malvern, he died on 14 September 1922 having been ill for the past twelve months. A justice of the peace, in February 1884 he married Emily née Allinson and later Mabel née Ellery in December 1914 who survived him.