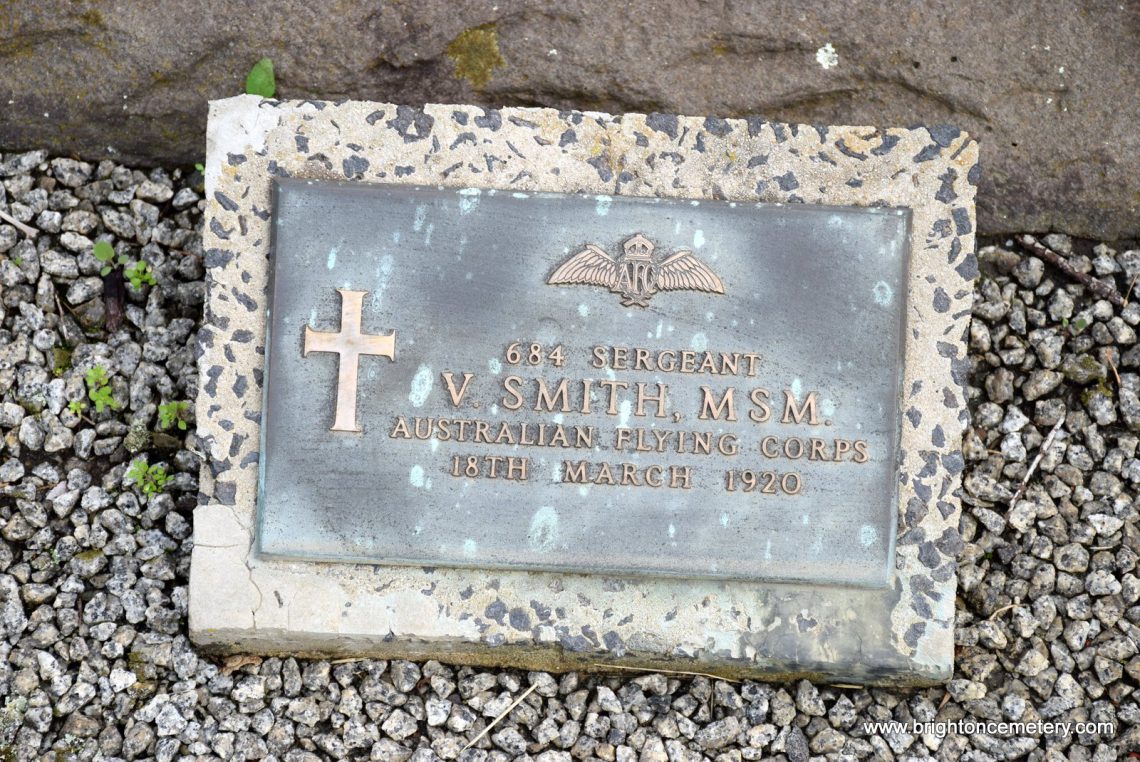 Vincent Smith who was born in England around 1891, the youngest son of Thomas Smith has a unique place in Australia’s military history. Enlisting in the Great War on 1 February 1916 as No 684, he served as an air mechanic with ‘B’ Flight, 3rd Squadron of the infant Australian Flying Corps (AFC) which left for England on 25 October 1916 onboard the SS Ulysses as an “army co-operation” unit given the task of assisting the troops on the ground (“the work lacked the glamour and excitement of the fighter and bomber squadrons”). Finally arriving in France in September 1917, the Squadron was involved in the last phase of the Passchendaele campaign in Flanders assisting in spotting for the artillery only for bad weather to limit their opportunities.

While controversy rages as to who actually shot down the legendary famed German flying ace – Captain Baron Manfred von Richthofen on 21 April 1918, it was the 3rd Squadron that salvaged his body and the remains of his machine. The next day, at the Red Baron’s funeral, Smith was the non-commissioned officer in charge of the party that fired the honorary shots over his gallant of the enemy who inflicted so much damage to the Allied forces. Rising to the rank of sergeant, in 1917 Smith was awarded the Meritorious Service Medal, a decoration bestowed “for gallant conduct in the performance of military duty otherwise than in action with the enemy, or in saving or attempting to save the life of an officer or soldiers, or for devotion to duty in a theatre of war”. The action involved rescuing an aviator from a blazing machine after three attempts, an incident that Smith himself was severely wounded. Possibly in a later incident he suffered injuries through a blow from a propeller blade, which were to prove fatal after his return to Australia in September 1919.

On 18 March the next year, this popular and promising young soldier and aviator, as The Age described him, died at the Caulfield Military Hospital and was accorded a funeral with full military honours officiated by Rev Father Quinn two days later.