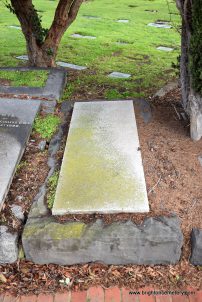 A native of Walker, Northumberland, England the son of William Smith a surgeon and Jane née Lee. After his education at Campsie House School, Musselburgh, Scotland and the University of Edinburgh (LRCP, 1876; LRCPE, 1876; FRCSE, 1879) he practised at Stockton-upon-Tees, Durham. In 1881, Smith visited Australia to recover from an illness but stayed after accepting the position as resident medical officer at the Ararat Lunatic Asylum (1881) and later at the Yarra Bend Lunatic Asylum (1881-88) before returning to Ararat as medical superintendent at Ararat (1888-99). From 1899 he was medical superintendent at Kew Lunatic Asylum (1899-1902) until his resignation after a disagreement in 1902 with the chief secretary John Murray (Warrnambool Cemetery).

Described as “one of the most colourful characters in the history of Victorian psychiatry…with an imposing presence, a handsome appearance and a close-trimmed beard…forthright, an autocratic disciplinarian who never feared responsibility…impatient who took offence easily”, Smith made a number of major improvements to mental health care by encouraging better conditions and treatment. His unsuccessful attempt to introduce a ‘boarding out’ scheme of patients into the community was years ahead of its time. He also advanced the education of nurses arguing the need for compulsory classes and recognition of qualifications. After his resignation, Smith had the distinction of becoming “Melbourne’s first full-time alienist” and continued to lecture at the University of Melbourne; an annual lecture on insanity is held in his honour. As a committee member advising the chief secretary he contributed to the reform of the Lunacy Actin 1903 and 1914 that saw voluntary treatment introduced.